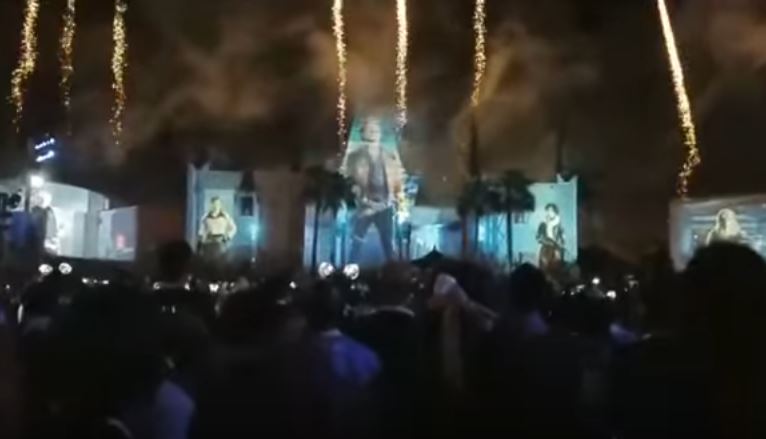 A few new segments from “Solo: A Star Wars Story” debuted in Star Wars: A Galactic Spectacular fireworks and digital projection show during Star Wars: Galactic Nights event at Disney’s Hollywood Studios. This still ranks as one of the best night time options in all of Walt Disney World and we love that they keep tweaking it to be better all the time.

Our tips for watching the show have changed slightly now that Disney has implemented mobile stages for the daytime Star Wars show that takes place in front of the Chinese Theater facade. Disney has also reduced the number of trees obscuring the facade, which makes for great viewing of the projections.

The best viewing is from somewhere between the Chinese Theater and the two projection towers. Make sure you have a clear view of at least one of the side screens too. We prefer the one to the right as the main fireworks launch from directly behind it.

The spectacular show runs almost every night at Disney’s Hollywood Studios. Don’t want to camp out? Consider purchasing the Star Wars dessert party. Enjoy food and drinks then move to a reserved viewing area with a terrific view of the action just before the show.