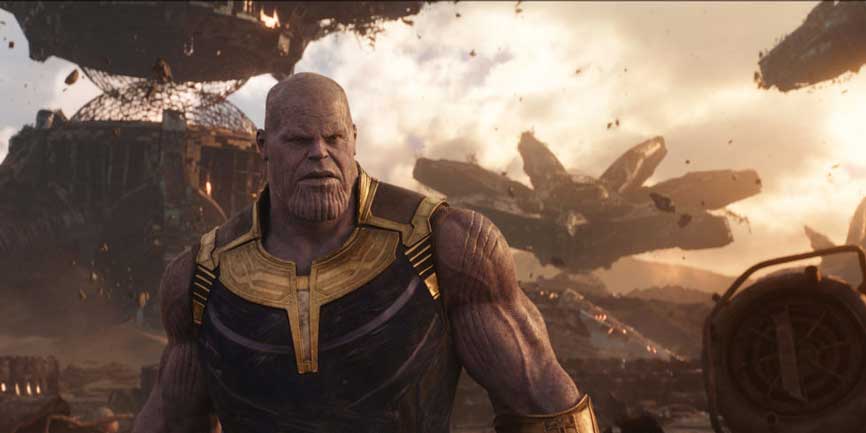 Marvel Studios’ “Avengers: Infinity War” has finally opened in China which propelled it up the box office all-time list to 5th biggest take ever. A $200 million opening in China, according to Disney that’s the 2nd biggest 3-day weekend opening ever in that country, has helped the film to a new worldwide total of $1.554 billion. There’s plenty of runway remaining for Infinity War as well.

With all the major international markets now open, Infinity War stands at an impressive $1.06 billion internationally. The estimated North American total at the end of this weekend for Infinity War is $548 million. This places Infinity War 8th on the all time list for domestic grosses, moving it past “The Dark Knight.” It has a way to go to cross the $620M mark set by “Star Wars: The Last Jedi” or to match the $623M set by “Marvel’s The Avengers” but both seem within the realm of possibility considering it added another $61.8M this weekend.

Marvel Studios now owns four of the top ten films on the all-time global box office rankings. It has left films like “The Avengers,” “Avengers: Age of Ultron,” “Furious 7,” “Harry Potter and the Deathly Hallows Part 2,” “Frozen” and “Star Wars: The Last Jedi” behind. The film has also bested Marvel’s “Black Panther,” itself a major milestone for the Disney.

Before the move leaves theaters for the very profitable home market, it is expected to cross the $2 billion mark. If it makes that magic number, it will be the first ever April opening to reach that number.

Infinity War will face stiff competition from fellow Marvel super hero “Deadpool 2,” which opens next week (although the foul mouthed anti-hero is not part of the Marvel Cinematic Universe to which the Avengers belong). Then “Solo: A Star Wars Story” opens on May 25.