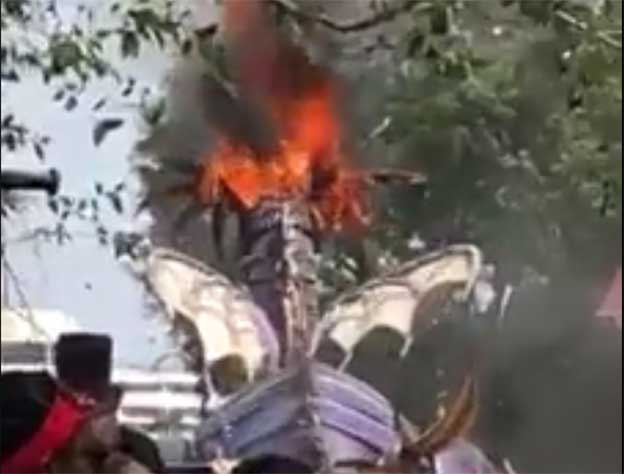 The Festival of Fantasy parade at the Magic Kingdom has a crowd pleasing moment when the steampunk themed Maleficent dragon parade float opens its mighty jaw and breathes fire during the parade. The first time I saw it I was impressed at the pyrotechnic effect. Sadly, the Maleficent float caught fire today in the location where the flames are usually generated causing significant damage.

The good news is that guests on the scene report that the fire was extinguished quickly and all cast members with the float were able to get out and avoid injury. Disney World officials have also confirmed this. Guests were quickly ushered from the area, but a few still managed to get some photo and video of the float on fire.

Here’s after the fire was put out

It's all kicking off at the Magic Kingdom! The parade went past us and the mechanical Dragon was all good until it burst into flames! Parade closed and the fire was promptly put out. The dragon was not looking the best after as you can see. pic.twitter.com/6DsWL1NK5M

We’d be incredibly sad if the Maleficent float is gutted beyond repair. Maleficent in better days: 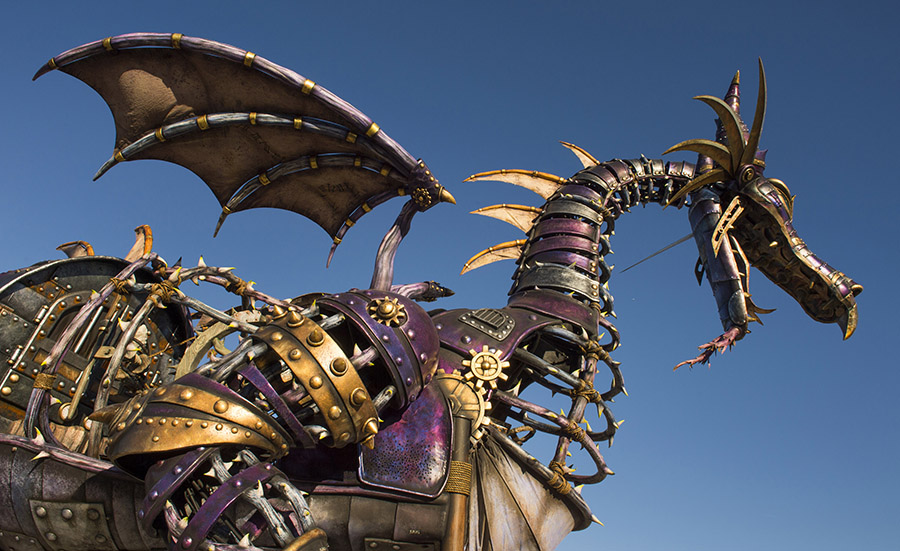 The Festival of Fantasy parade at the Magic Kingdom debuted on March 9, 2014 and has been running pretty much daily since then.