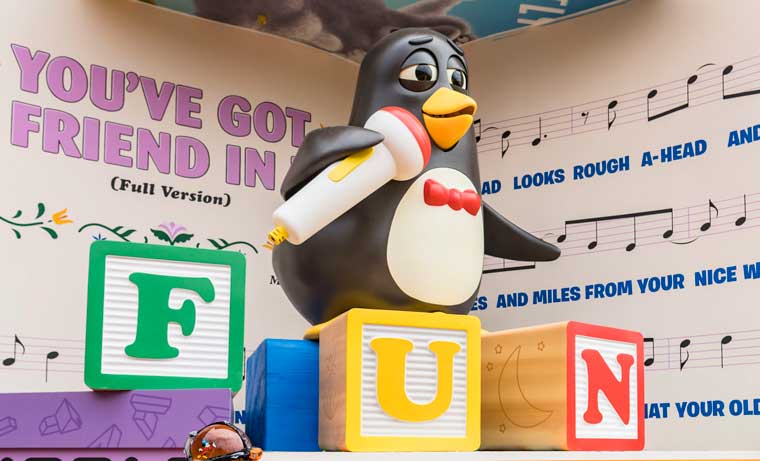 When you finish your ride on the Slinky Dog Dash roller coaster, your final stop before the unloading station will be a very special serenade by Wheezy the penguin from Pixar’s Toy Story movies. He’ll be singing the iconic song “You’ve Got A Friend In Me.” The figure has now been installed and is in testing with the rest of the attraction.

Here’s a fun video from Walt Disney Imagineering showing how they brought the figure to life for Toy Story Land at Disney’s Hollywood Studios:

Wheezy looks a lot better since he’s come down off the shelf in Andy’s room. In fact, he’s pretty squeaky clean for a penguin. He’s also a historic moment for Disney as this is the first time a Wheezy audio-animatronic has appeared in any of Disney’s theme parks.