The second element of the new Pixar Pier remodel at Disney California Adventure to open is “Adorable Snowman Frozen Treats” which serves soft-serve treats from an adorably decorated stand. Opening just in time for the heat of summer, the stand heralds a transformation that will turn Paradise Pier into a Pixar themed pier.

Fans of Pixar’s Monsters, Inc franchise will recognize the not-all-that-abominable snowman who offered Mike and Sully a tray of yellow snow cones after the pair were banished to the Himalayas. You won’t have to travel that fair to enjoy some yummy frozen treats in chocolate, vanilla, and non-dairy lemon flavors. 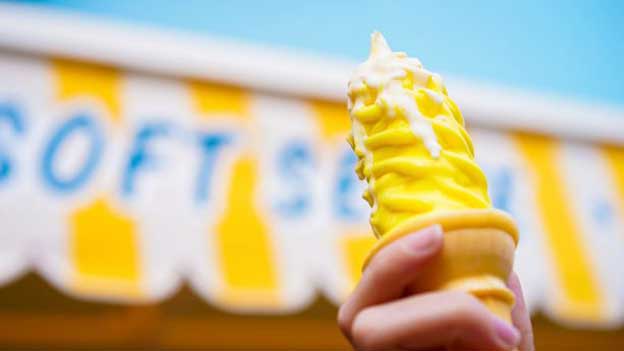 The location was formerly the “Paradise Pier Ice Cream Co.”

We’ll just all try to ignore where yellow snow usually comes from when we visit.