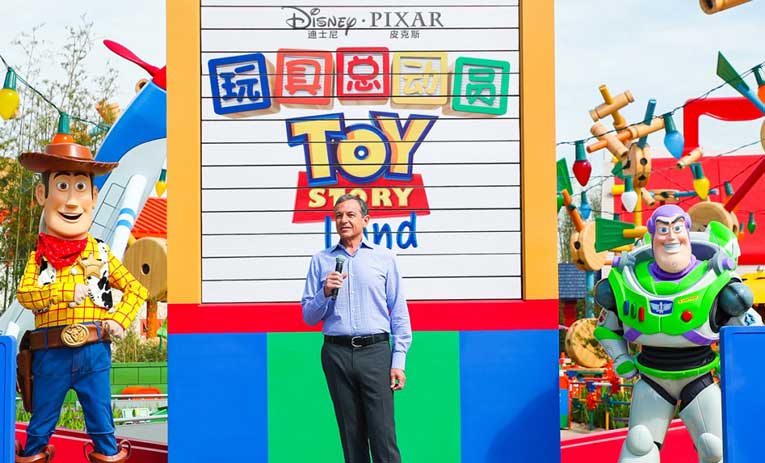 Shanghai Disney Resort celebrated a major milestone today with the opening of Pixar’s Toy Story Land, the seventh themed land and the first major expansion of Shanghai Disneyland since it opened its gates to the people of China in June 2016. Building on the early success of the resort, the new land features brand new attractions and entertainment experiences, immersing guests of all ages into the unparalleled creativity, fun and imagination of Pixar’s Toy Story. 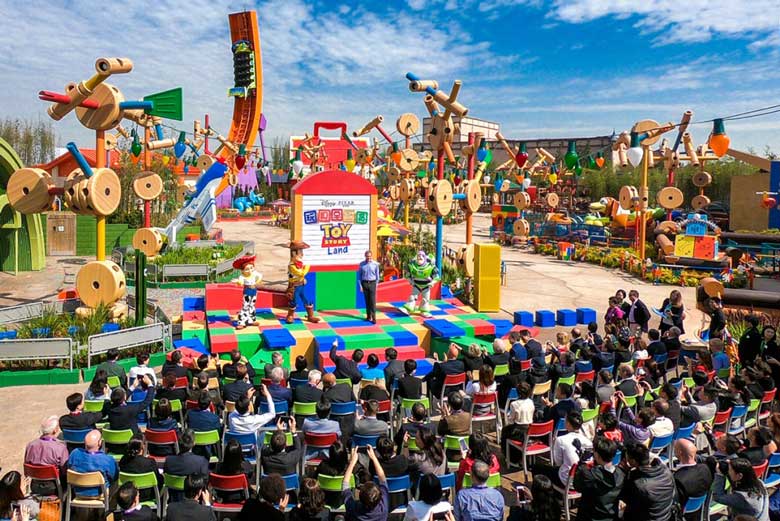 “We’re grateful to the people of China for wholeheartedly embracing Shanghai Disney Resort, for truly making it their own and also making it one of the most successful theme parks we’ve ever opened,” said Iger. “We’re incredibly proud of the success of this one-of-a-kind, world-class destination, and we are thrilled to give our Chinese guests even more to explore and enjoy at the resort with the addition of a spectacular new land based on Pixar’s beloved Toy Story characters.”

“At Disney parks, we extend stories from the world’s favorites franchises, and bring them to life in fun and unexpected ways,” said Bob Chapek, chairman, Disney Parks, Experiences and Consumer Products. “We know how special Toy Story is to fans around the world, and we’re thrilled to welcome guests to play in Andy’s backyard at Shanghai Disney Resort.” 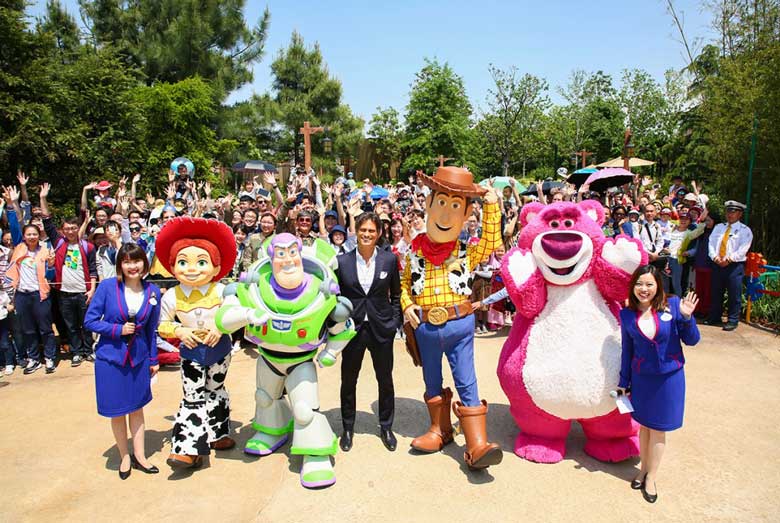 Since opening, Shanghai Disney Resort has welcomed millions of guests to experience Disney magic and has become a must-see destination for guests and Disney fans from across the globe. The resort offers something for everyone, featuring Disney’s legendary storytelling, an immersive entertainment environment, plus quality attractions and guest service.

“The new Disney·Pixar Toy Story Land further elevates the guest experience,” said Fan Xiping, chairman of Shanghai Shendi Group. “Shanghai Disney Resort has quickly become a premier tourism landmark in this city, for both Chinese and foreign visitors. We look forward to continuing the close collaboration with The Walt Disney Company as we further position Shanghai as a world renowned tourism city, introducing exciting new experiences to guests and delivering a top-tier level of service.”

In celebration of 20 years, 2018 marks the “Year of Pixar” at Disney Parks, with reimagined favorites like the Pixar Play Parade at Disneyland Resort, as well as entirely new experiences including Disney·Pixar Toy Story Land at Shanghai Disney Resort, Toy Story Land at Walt Disney World, and Pixar Pier and Pixar Fest at Disneyland Resort – with more surprises to come throughout the year.

previousMillennium Falcon replica from Solo: A Star Wars Story is landing near you!
nextEPCOT adding ‘Guardians of the Galaxy – Awesome Mix Live!’ to Summer entertainment options