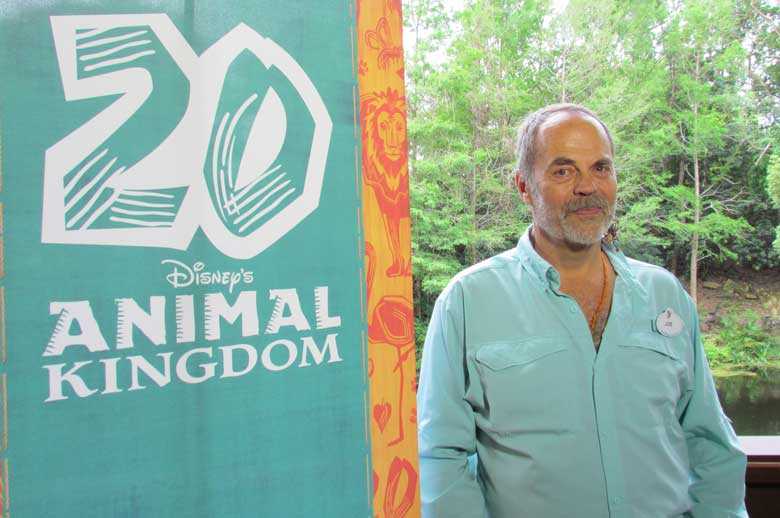 On the 20th Anniversary of Disney’s Animal Kingdom we had the chance to meet with Imagineer Joe Rohde. In the following video we have a recording of the speech he gave at the ceremony celebrating the anniversary and a short interview where he discusses where he finds meaning in the park, his favorite area of the park, and the impossible aspects of Pandora – The World of Avatar.

After the interview, we asked Joe to turn and lookout over the river toward Pandora – the world of Avatar and the park’s newest land, but also the old rock dragon that now symbolizes a forgotten path that the park will never go down. 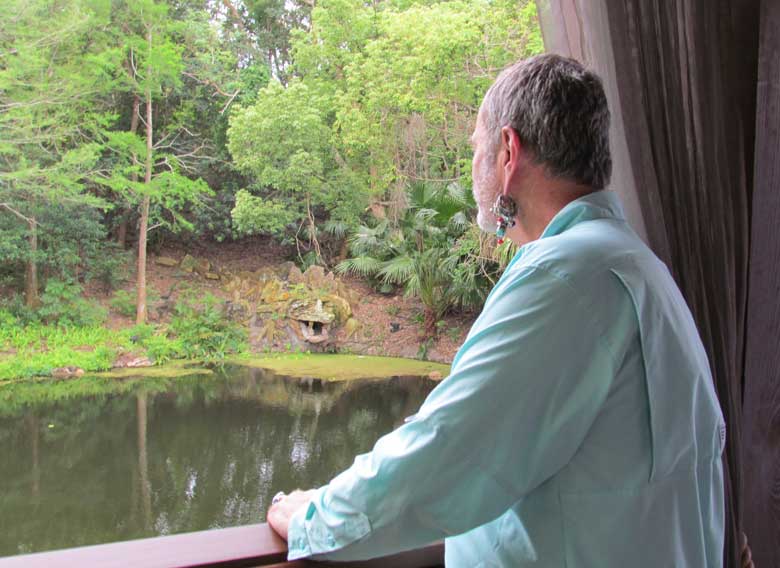 Rodhe touched on a few milestones in the history of Disney’s Animal Kingdom, a park that exists as it does today largely due to his guidance, but there are many important dates throughout its 20 year history: