Latest TV spot for Avengers: Infinity War has a lot of Black Panther in it 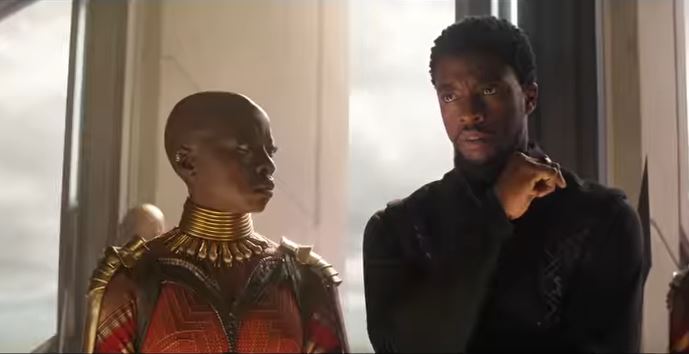 A new TV spot for Marvel Studios Avengers: Infinity War hops on the gravy train that is Black Panther’s box office attraction by putting a lot of Wakanda into the trailer. There’s also a ton of other new footage in its short runtime. The movie hits theaters on April 27th, do you have your tickets yet?

Keep an eye out for Bucky and Cap’s reunion and a cute little bit between T’Challa and Okoye, the Dora Milaje leader.

“When you said you’re were going to open Wakanda to the rest of the world, this is not what I imagined.”

“What did you Imagine?” asks T’Challa.

There’s also a new clip from the film going around the internet. It has spoilers for one short scene, but it does have some cool Peter Parker (aka Spider-Man) moments in it.

As the Avengers and their allies have continued to protect the world from threats too large for any one hero to handle, a new danger has emerged from the cosmic shadows: Thanos. A despot of intergalactic infamy, his goal is to collect all six Infinity Stones, artifacts of unimaginable power, and use them to inflict his twisted will on all of reality. Everything the Avengers have fought for has led up to this moment – the fate of Earth and existence itself has never been more uncertain.

2 thoughts on “Latest TV spot for Avengers: Infinity War has a lot of Black Panther in it”