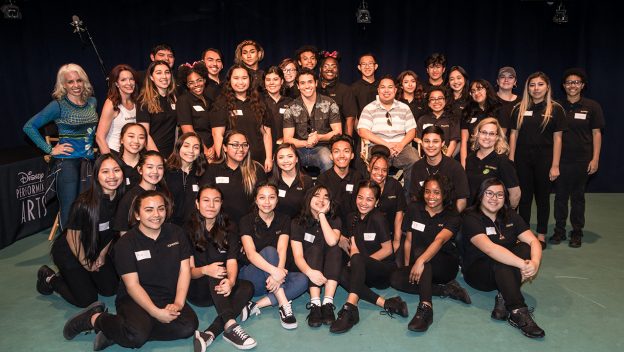 I’ll be honest one of my big regrets about my high school experience is that my choir class never made a trip to Disneyland to perform in their Disney Performing Arts program (or its equivalent *cough* 30 *cough* years ago). But there are thousands of kids every year who won’t have that regret because they’re “going to Disneyland!”

Recently the show choir of Cesar Chavez High School from Stockton, CA made the trip where they performed on stage and then workshopped with some of Disneyland’s own entertainment team. They also got a big surprise when cast members from the North American Tour of Disney’s “Aladdin” made a surprise visit to their workshop.

Aladdin is performing at the Hollywood Pantages Theatre in Los Angeles, CA, until March 31.

If you want to learn more about the Disney Performing Arts workshops so you or your kids won’t have regrets 30 years later, visit DisneyYouth.com