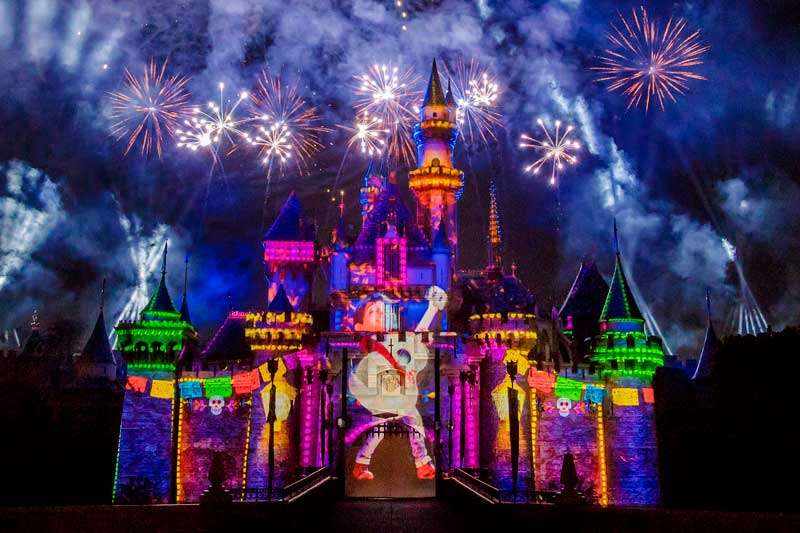 Late at night Disneyland’s dedicated team of Imagineers have been dreaming up the perfect way to celebrate the stories told by Pixar in their animated films. The result will be “Together Forever –A Pixar Nighttime Spectacular” which will light up Disneyland beginning April 13 as part of Pixar Fest. You will enjoy dazzling pyrotechnics set to Pixar’s delightful music as the all-new nighttime spectacular celebrates the many special friendships in Pixar’s wonderful films.

With these first images from the show’s rehearsals we get to see how the stories of Together Forever will come to life throughout the park on Sleeping Beauty Castle, the water screens on the Rivers of America, and the facade of ‘it’s a small world.’ The buildings of Main Street USA also get a digital projection treatment. 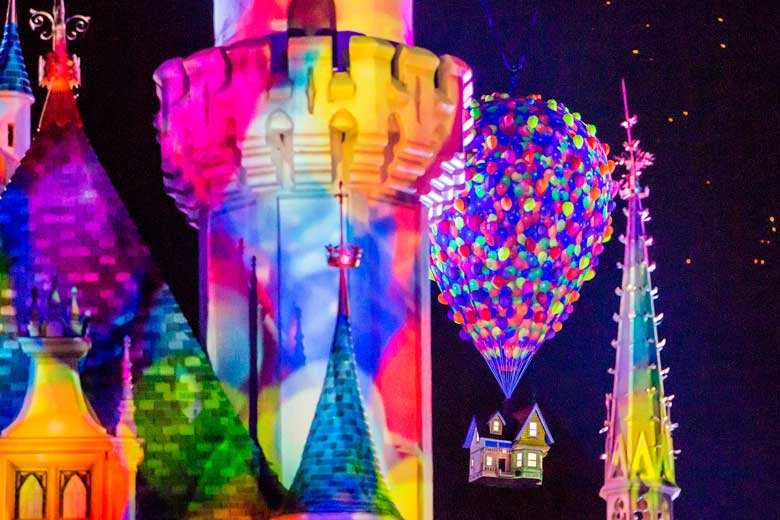 We know from earlier concept art that Cars and Buzz Lightyear will be part of the show. Now we can add UP! and Coco too. I love that they’ve worked in the balloon supported flying house from UP!

Will you be heading to Disneyland on April 13th to see “Together Forever – A Pixar Nighttime Spectacular” for yourself?