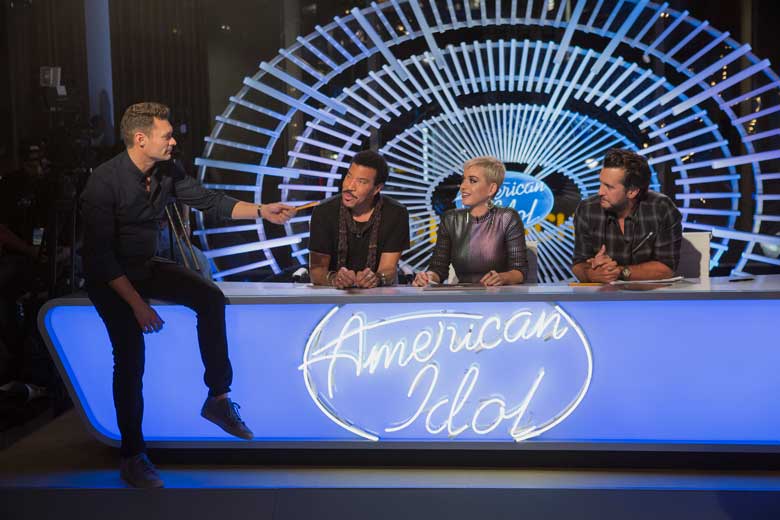 It’s back everyone. The search for America’s next superstar returns this Sunday when American Idol begins a new journey on ABC. The format still includes three judges who know what it takes to be a superstar, because they are superstars, Luke Bryan, Katy Perry and Lionel Richie. Together they meeting talented hopefuls across the country who all share the goal of making it to Hollywood and a chance to compete to be the next American Idol.

After searching the country for the best of the best talent America has to offer, the show will take you on a journey through the stories of talented musicians from far and wide – from garage band rockers to national anthem singers to caretakers – who all have the same passion: a love for music. In the first audition episode, the show will head to New York, Los Angeles and Nashville where aspiring singers will audition for a chance to see if they have what it takes to earn the coveted golden ticket to Hollywood.

We’ve been told to keep an eye out for Alyssa Raghu from Orlando, who will be featured on American Idol’s premiere episode on March 11th as she auditions in front of the all-star judging panel. Let’s all cheer her on as we watch season premiere of American Idol on ABC is this Sunday at 8:00-10:00 p.m. ET. Here’s a little taste of the show. Looks like it hasn’t lost a beat.

“American Idol,” the iconic series that revolutionized the television landscape by pioneering the music competition genre, will return to airwaves at its new home on The ABC Television Network. Helping to determine who America will ultimately vote for to become the next singing sensation are music industry forces and superstar judges Luke Bryan, Katy Perry and Lionel Richie. Emmy Award-winning host and producer Ryan Seacrest will return as host of the beloved series.

1 thought on “American Idol returns this Sunday on ABC”