A new teaser ad for Mary Poppins Returns debuted tonight during The Oscars. It featured the moment Mary Poppins descended from the sky courtesy a kite, but there’s a lot more to see online. The movie debuts this Christmas, but you can watch the entire Teaser Trailer here:

Set 30 years after the original, but still on the same Cherry Tree Lane in London, the teaser trailer introduces us to the Lamplighter Jack, the three Banks grand childrens, the two Banks kids who now have kids of their own, and, entering dramatically from the sky – Mary Poppins herself. 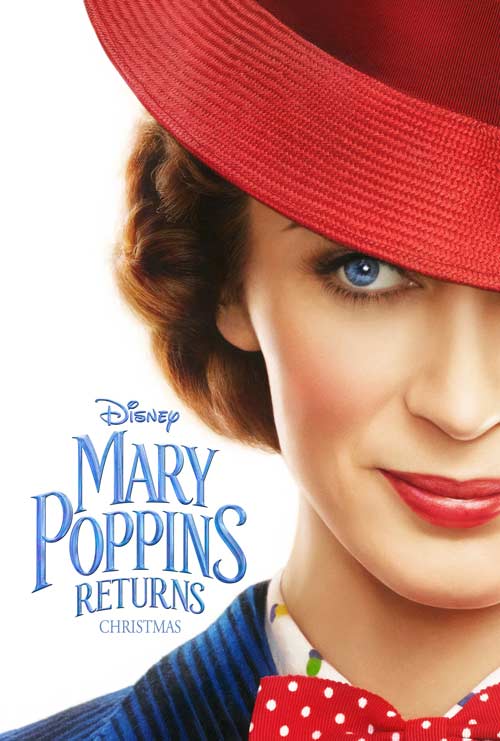 Did the teaser trailer give you all the feels?

The film is directed by Rob Marshall from a screenplay by David Magee and screen story by Magee & Marshall & John DeLuca based upon The Mary Poppins Stories by PL Travers. The producers are Marshall, DeLuca and Marc Platt with Callum McDougall serving as executive producer and the music is by Marc Shaiman with songs by Shaiman and Scott Wittman.