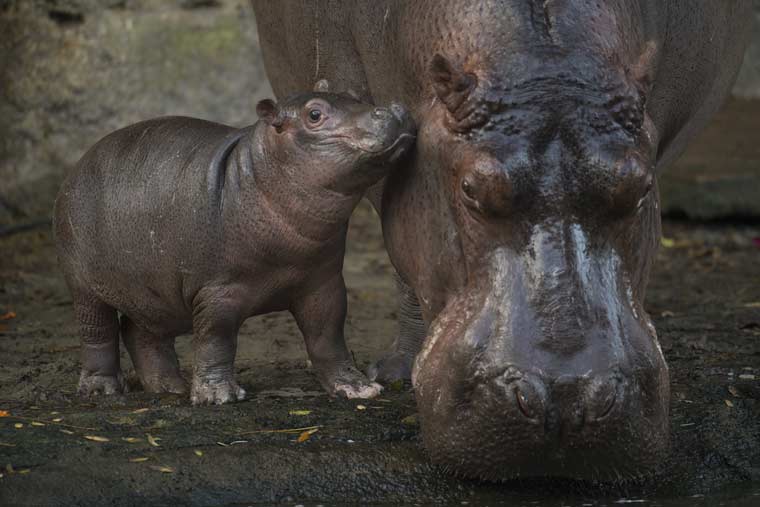 Guests on Disney’s Animal Kingdom’s Kilimanjaro Safaris attraction have been enjoying the site of a baby hippo since its birth was announced on January 13 by the park’s animal care experts. Since Disney prefers to give mom and child a chance to bond before they step in (as long as health isn’t a concern, of course), we didn’t learn the baby hippo’s gender until now.

Now we know that the Nile hippopotamus calf is a boy and his name is Augustus. Weighing in at 168 pounds, Augustus is the first hippo born at the park in 13 years. He is often seen staying close to his mom, Tuma, and is already winning over Guests with his playful nature.

As part of a magical moment on the theme park’s Kilimanjaro Safaris attraction, roughly a dozen Guests were the first to learn the baby hippo’s gender. Watch the super cute video here:

The birth of Augustus marks another success for the dedicated and highly trained team of animal care experts at Disney’s Animal Kingdom. It is an important contribution to the worldwide conservation and understanding of these amazing creatures. Nile hippos are a vulnerable species with a declining population. Augustus’ parents, Tuma and Henry, were chosen to breed through the Species Survival Plan (SSP), which is overseen by the Association of Zoos and Aquariums (AZA). The SSP ensures responsible breeding so there will be healthy and diverse animal populations for years to come. 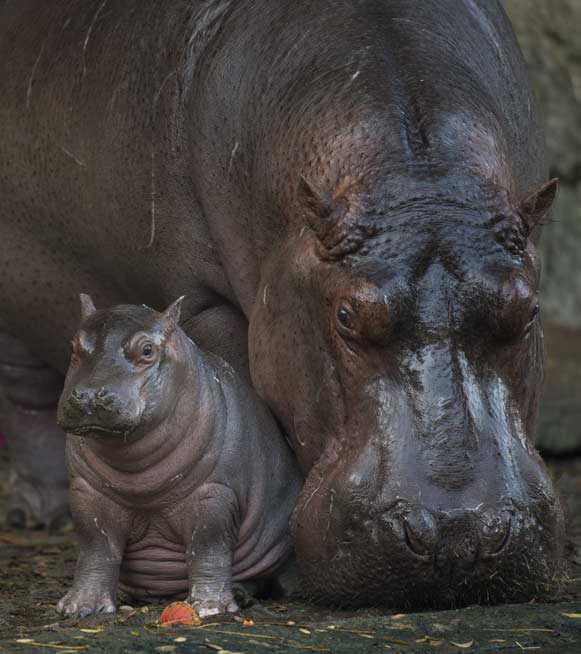 Guests will see Augustus on Kilimanjaro Safaris and also during the Wild Africa Trek experience and may even be inspired to take action to protect hippos and other at-risk animals in the wild. That would be a great result.

Previously: Baby Hippo Born at Disney’s Animal Kingdom and the cuteness is killing us.