Movie theaters weren’t the only place T’Challa, aka Black Panther, debuted this weekend. The costumed leader of Wakanda, has made his home in Disney California Adventure for a limited time. At the Disneyland Resort, DCA has become the center for Disney’s Marvel encounters and with the strength T’Challa and his nation of Wakanda are showing at the box office, I would not be surprised is plans for a more permanent addition weren’t being drawn up at Imagineering even as you read this. 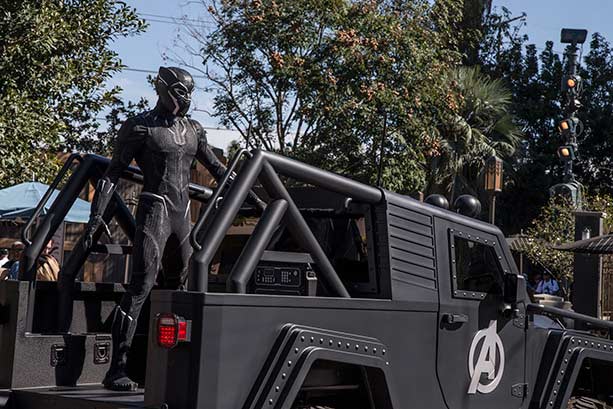 Appearing in the Hollywood Backlot area of the park, Black Panther is flanked by his Royal Guards, the Dora Milaje. They enter the park using an Avengers vehicle and then, if you ask nicely they’ll even pose for photos with you. 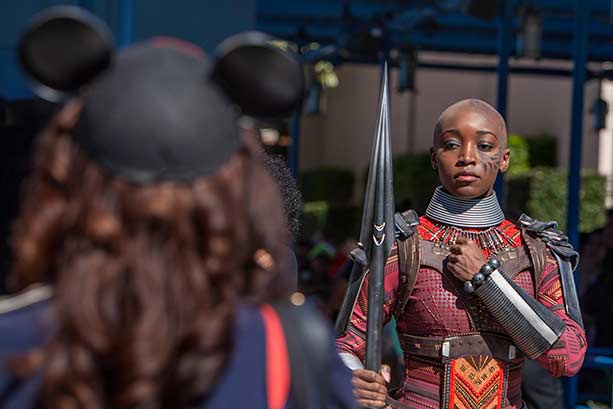 Will characters from Black Panther make their way to a Walt Disney World theme park? That remains to be seen. However, given that T’Challa is sometimes considered a member of the Avengers, a family of Marvel super heroes that Universal Orlando Resort claims exclusive rights to in Orlando, I doubt it. There has been a rumor floating around that Disney legal worked out some sort of deal that lets Disney put a pre-approved list of characters that have little or no association with Marvel’s Avengers in its Orlando parks, as long as the Marvel logo is no where to be found (hence the addition of a Guardians of the Galaxy roller coaster in EPCOT). I guess we’ll find out if Black Panther is on that list.