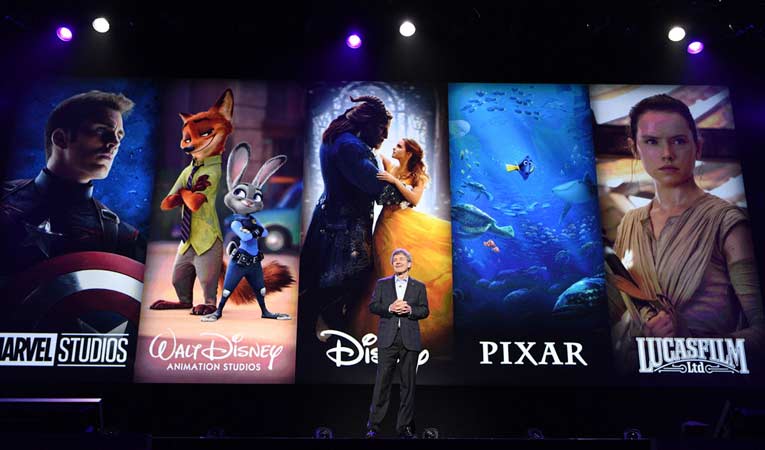 We learned a bit more about Disney’s proposed streaming service yesterday thanks to Deadline Hollywood. The service will exist in addition to its current television and cable programming (in industry speak that’s called over the top or OTT) and will launch in the second half of 2019. All the content on the app is expected to fit the Disney brand – meaning any ‘R’ rated shows or movies would be exiled to Hulu (or spun off to other streaming services).

Disney has already pulled its Marvel movies from Netflix, but the Marvel TV shows would stay on Netflix. That does not mean there wouldn’t be a more family friendly Marvel show on the new service, however.

In addition to providing access to a wide selection of Disney’s gigantic vault of previously released movies and te shows, the streaming service would include four to five original movies a year and a similar number of original tv series.

According to Deadline, some of the projects in the pipeline include Don Quixote (scripted by Billy Ray), a ‘live action’ Lady and the Tramp, The Paper Magician, Stargirl (directed by Julia Hart), and Togo (directed by Ericson Core). Additionally, Magic Camp and Noelle (which stars Anna Kendrick, Bill Hader, and Shirley MacLaine) once part of Disney’s development pipeline for general release are now expected to end up on the streaming service. Other movies in development include 3 Men and a Baby, a live action Sword and the Stone, and Timmy Failure.

Note, this plan does not include what would happen if the acquisition of 20th Century Fox goes through. The purchase would add a lot of ‘R’ rated product to Disney’s library. Would Disney continue to spin that off to Hulu or find some way to add parental controls to their own streaming service?

The other thing that wasn’t mentioned was the price. However it may be instructive to look at what Disney has said it will charge for its ESPN streaming app. The sports focused app will be just $4.99 a month. That’s priced very attractively to be added to cord-cutters a la carte menu everywhere.