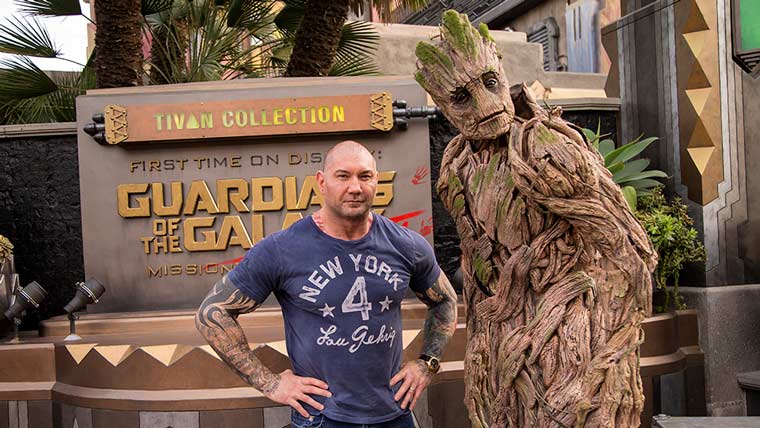 While touring The Collector’s Fortress, Bautista stopped to look at one of Taneleer Tivan’s newest acquisitions: three Vyloos from the planet Berhert. Bautista visited both Disney California Adventure and the original Disneyland with his wife Sarah Jade.

Guardians of the Galaxy – Mission: Breakout! opened in May of 2017 and was a rethemeing of the old Twilight Zone Tower of Terror attraction. Although may were sad to see the old ride go, the new version has received generally high marks from fans and day guests. That walk-around Groot is pretty amazing too! Which celebrities have you spotted in Disney’s theme parks?