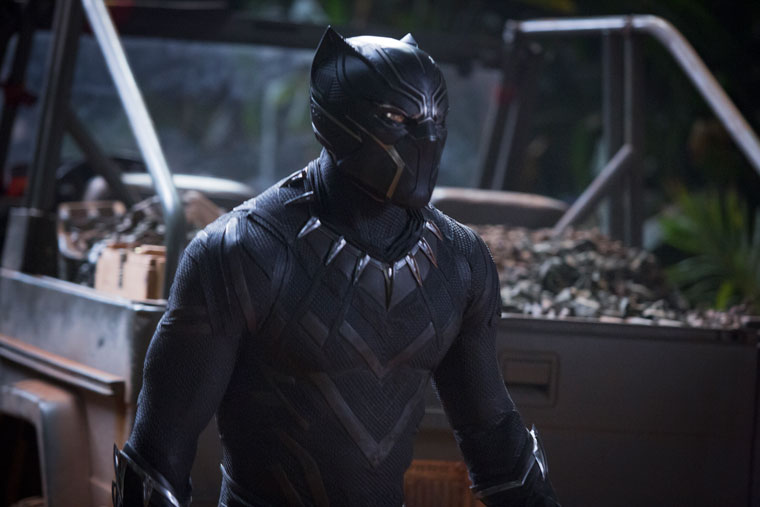 Last night during halftime of the nail biting College Football Playoffs national championship game, fans were treated to a new trailer for Marvel Studios’ “Black Panther.” The spot, titled ‘Rise,’ focuses on T’Challa who rose to be King of Wakanda in the events of “Captain America: Civil War” as he faces new conflict from within and without his secretive, technologically advanced African nation.

The spot features a soundtrack from Kendrick Lamar, who also performed at halftime. Lamar is producing the soundtrack for the film:

There were definitely so new scenes in this trailer. It likely includes some flashbacks to T’Challa’s training. We see T’Challa and Shuri do a traditional Wakandan greeting when they see one another and then reveal a sense of humor. We also see some additional dialogue from scenes we’ve already seen a bit of.

The action shots in this trailer are both gorgeous and impressive. The visuals are right from the super hero film of our dreams. How about you?

Marvel Studios’ “Black Panther” hits U.S. theaters on February 16, 2018. Tickets are on sale via Fandango now (your purchase via that link will help support The Disney Blog. Thank you).