A Star Wars Land preview? Looking back at J4-K3’s appearances in Tomorrowland 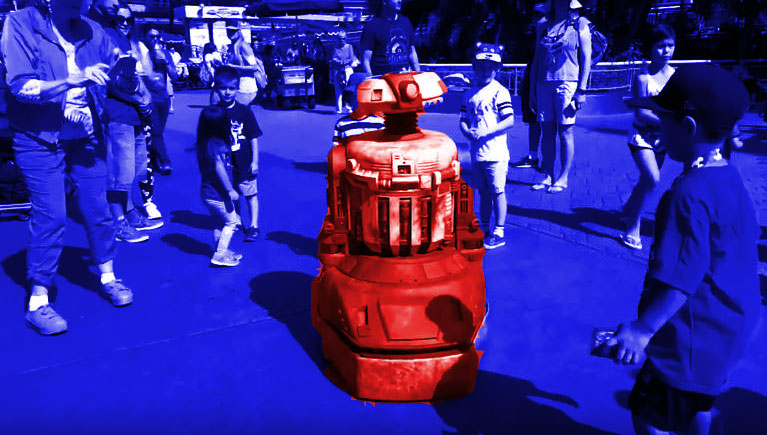 As you probably know, a prototype droid named J4-K3 (made for the highly anticipated Star Wars: Galaxy’s Edge) has been intermittently making appearances in Tomorrowland at Disneyland for over a year and a half now. Essentially an upgraded successor to Walt Disney Imagineering’s Living Character Initiative projects like Push the Talking Trash Can, J4-K3 (aka ‘Jake’) has a classic Star Wars look to him and feels like he’d fit right in one of the movies; and he’s just a prototype!

But as cool as the droid itself is, reviewing the footage that’s been taken of him makes me wonder how successful these testing phases actually were, as the poor guy was almost constantly being bombarded by people (mainly kids) and kinda slapped around. Changes will almost certainly be made to the protocol of the droid appearances by the time Galaxy’s Edge opens up, whether that be by giving them handlers (as Push had/most costumed characters have), or equipping them with one of R2-D2’s little taser arms, I don’t know.

For now, let’s take a look at some of the appearances J4-K3 has made so far, and hope things fare better for him in the future.

Disney has high hopes for similar droid characters that will populate the new Star Wars: Galaxy’s Edge lands opening at both Disneyland and Disney’s Hollywood Studios in 2019. What are your expectations for your encounters with droids when that land opens?