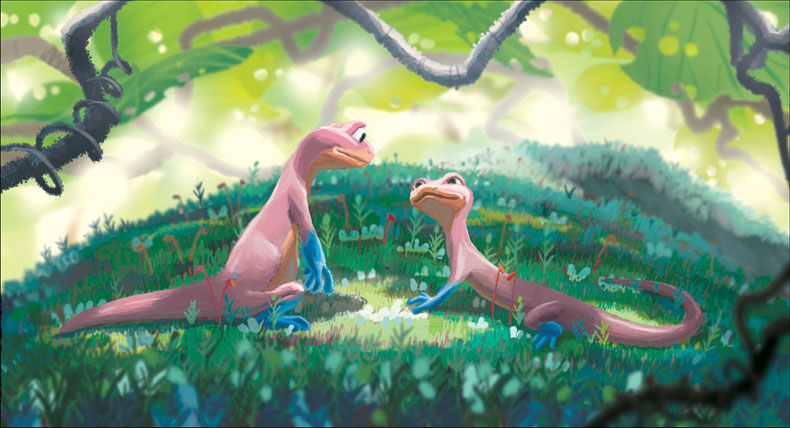 Can you imagine the movie “Up” without Ellie and Carl? How about Boo making an appearance in Monsters Inc 2? It almost happened. Like every movie studio, there are many more ideas for films than production capacity can actually handle and a lot of ideas that are discarded because better ideas come along. This is true for Pixar Animation Studios.

The talented artists up in Emeryville have shared a video with just a few of their scrapped film ideas:

Not on the video is “Newt” which was an entire feature film that had made it quite a bit through pre-production before it was canceled. Alas, by the time they got ready to make the film, Fox Animation had released “Rio,” which had a story line that was very similar to Newt’s. All was not lost, director Pete Docter was brought on to save Newt with a new story. That didn’t happen, but Docter did come up with the idea of “Inside Out” and Newt was dropped forever.

There are also a bunch of movies that Disney was threatening to make if Pixar left to do its own thing including: Monsters Inc 2: Lost in Scaradise (where Mike and Sully try to find Boo in the human world), Toy Story 2, and Finding Neo 2. I think we’re all happy that Steve Jobs was happier with Bob Iger than Michael Eisner and willing to make a deal.