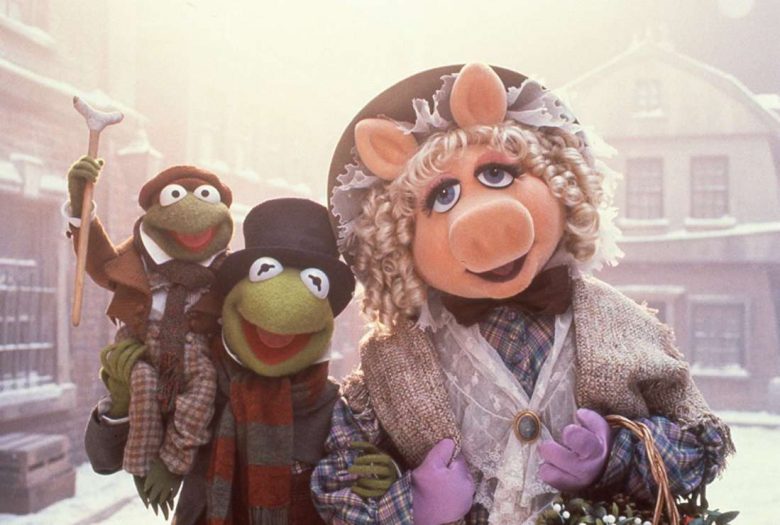 The Charles Dickens story “A Christmas Carol” is a classic tale about the real reason for the season and the Muppet’s take on it may be my absolute favorite. In celebration of its 25th anniversary. Disney is taking a look back at the “Muppet Christmas Carol” and sharing some fun facts and Easter eggs that you may have missed in previous viewings.

In the new video, director Brian Henson and Dave Goelz, Muppet Performer – The Great Gonzo, sat down to recall the production. We love all the stories, but pay attention to the one at the 10:50 minute mark

Watch a Disney Movie With … The Muppets | Oh My Disney Show

What incredible behind-the-scenes insights. I loved learning about the Easter Egg with the film’s beloved narrators Gonzo (as Charles Dickens) and Rizzo (as himself), and the exact moment they go from ‘invisible’ to ‘visible.’ Throughout the film, Gonzo and Rizzo are invisible storytellers. It isn’t until the last act of the film that they become visible to the rest of the Muppet community. Brian describes it as the moment where the story “catches up” in real time. It’s even reflected by the fact that the narrators begin to leave footprints in the snow.

Did you know that Muppets Christmas Carol was the first Muppet movie made without Jim Henson? It was also the first directing effort by Henson’s son Brian Henson.

A touching ballad song to Ebenezer Scrooge by his heartbroken Belle was cut from the theatrical release at the last minute after test audience revealed children were tuning out at that moment. It did make it back in some home video releases and several TV airings. But generally it’s left out of recent versions. You can watch the deleted scene with the song “When Love is Gone” here:

Other songs featuring Dr. Bunsen Honeydew and Beaker and Sam Eagle were cut from the script before they were filmed. You can hear the songs on the soundtrack.

When is the last time you watched “A Muppet Christmas Carol?”