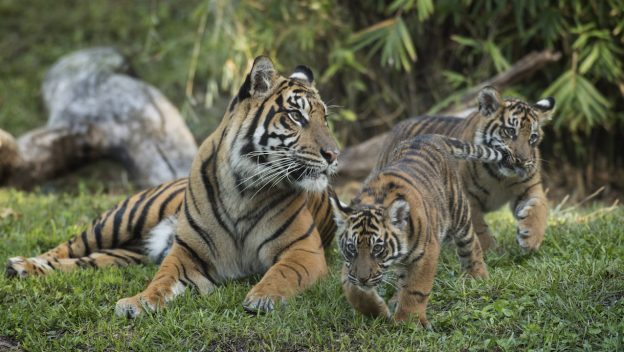 The newest animals on view at Disney’s Animal Kingdoms are a pair of Sumatran Tiger Cubs we’ve been excited for since first hearing they were born at the park. The cubs are named Anala and Jeda and they are the first Sumatran tiger cubs to be born at the park.

The cubs are now 4-months old and very playful:

The cubs will be part of a rotation of Sumatran tigers on the Maharajah Jungle Trek tiger habitat in the Asia area of the park. It will take them some time to acclimate to their new area, so you may not see them as frequently at first.

Disney has an excellent animal care program at Disney’s Animal Kingdom and they’re a key member of the Association of Zoos and Aquariums, including the important breeding program for rare and threatened species. Sumatran Tigers are a critically endangered specials and adding even two cubs to the population is big news for the survival of the species. 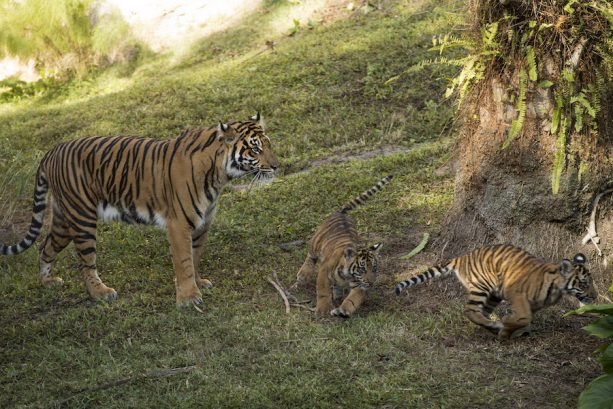