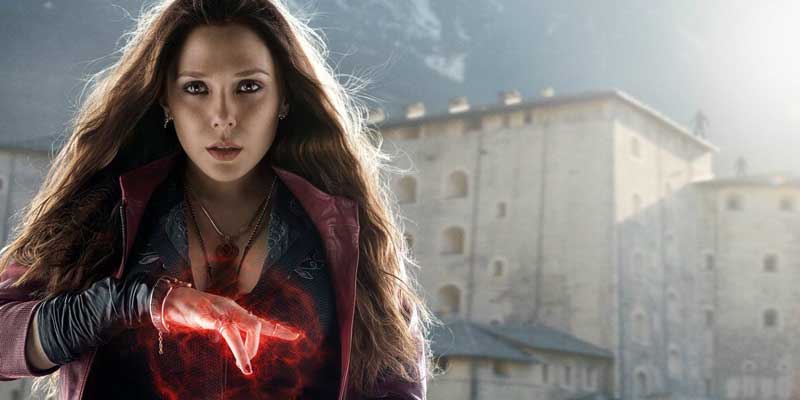 Mutants Wanda Maximoff (Scarlet Witch) and her twin brother Pietro Maximoff (Quicksilver) were briefly introduced into the MCU in Captain America: The Winter Solidier but had more prominent roles in Marvel’s 2015 film Avengers: Age of Ultron. I believe the Scarlet Witch is Marvel’s Key to introducing other mutants and eventually the X-Men into the Marvel Cinematic Universe.

The Scarlet Witch already has an amazing story arc that will develop even more throughout the next two Avengers films. Wanda has suffered a lot of pain during her time in the MCU. We meet Wanda and Pietro in Age of Ultron where they are protesting protesting against Stark’s weapon tech he develops. They blame Stark’s weapons for their Father, Magneto’s death. However, her father is still alive and present within the MCU. Fast forward to the end of Ultron, Wanda loses her brother Quicksilver in the battle of Sokovia. Her story is already rich in personal loss and pain from the losses of her father and brother.

Wanda’s story also plays into the comics themes that the world needs “protecting from Mutants” and “Mutants are dangerous”. Tony Stark (Iron Man) orders Vision to keep Wanda in the Avengers base away from the fight in 2016’s Captain America: Civil War.

From what I can tell from the first trailer for Marvel’s Avengers: Infinity War, Wanda may likely be losing another important figure in her life, Vision. It appears that Vision will meet his fate by the end of the third or fourth Avengers films. Vision and Wanda are romantically involved and it is this third loss that will push Wanda over the edge to do something drastic.

In Avengers 4 (during or after the War with Thanos) Wanda will get her hands on the Soul Stone and resurrect her brother, Quicksilver. While in possession of the Soul Stone, she may also discover that her father, Magneto, is still alive along with many other mutants.

Black Panther sees the struggle of the Scarlet Witch and Quicksilver in understanding their place in the world. T’Challa calls on his estranged wife to help explain the mutant race the twins belong to. T’Challa’s estranged wife is of course Storm (Ororo Munroe). Storm left Wakanda to help protect mutants around the world from the kinds of people who tried to kill Magneto and other mutants with Stark’s weaponry. She helps protect these mutants at Xavier’s school for gifted youngsters.