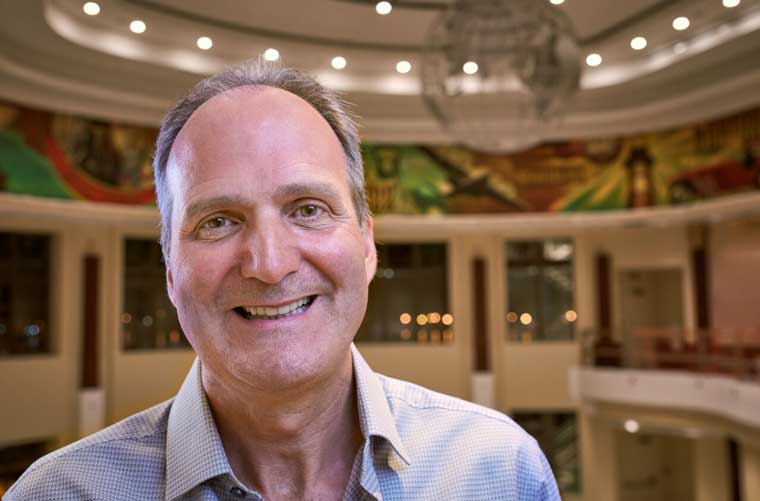 What could be more iconic of Italian fine dining than a dish conceived by the same Chef who served Frank Sinatra his meals? That’s just one of the special treats in story for Disney Springs guests when the Patina Restaurant Group’s two new Italian restaurant concepts open this winter. The Patina Restaurant Group just announced that Chef Theo Schoenegger is moving to Orlando from his job Executive Chef at ‘Sinatra’ in the Wynn Las Vegas resort to run the kitchens of the Patina Group’s new highly anticipated Italian concepts Maria & Enzo’s Ristorante and Enzo’s Hideaway Tunnel Bar.

According to the Patina Group, Theo is one of the most influential Italian chefs in New York history. Chef Theo’s simple yet superb cooking at San Domenico and Palio set the standard for authentic Italian fine dining. A rare chef with versatility to do rustic, more casual food and also elegant, Michelin-level cuisine, Schoenegger is at the top of his game. Now with these new Disney restaurants, he will shift his focus to Sicilian and Roman cuisine.

At the Las Vegas based ‘Sinatra,’ Schoenegger served a modern twist on classic Italian cooking, that included many of Frank Sinatra’s personal favorites. Schoenegger originally cooked these dishes for the legendary singer when living in New York, including spaghetti with clams and ossobuco.

Prior to his work in Las Vegas, Schoenegger spent four years at the helm of Patina Restaurant Group’s signature location, Patina, located at the Walt Disney Concert Hall in Los Angeles. The four star restaurant allowed him to combine his Italian roots with traditional French technique and modern execution. There, he received rave reviews from the Los Angeles Times, received a Michelin star and a Relais & Châteaux rating (only two restaurants in Los Angeles have received this honor). While in California, he embraced cooking with wide-ranging ingredients while keeping dishes contemporary and innovative.

Schoenegger has traveled all over the U.S. cooking in various kitchens including Aquoria in Palm Beach and Rock Center Café in New York. In 1986, he was a young chef that had the opportunity of a lifetime. He moved from Italy to Midtown Manhattan to work for legendary restaurateur, Tony May, at Palio and at San Domenico, two of the premier Italian restaurants in the country. He showcased his passion for Italian cuisine and set the bar for future chefs who still use his recipes today.

Raised in San Candido, Italy, Schoenegger recounts working on his family’s farm and cooking in the kitchen with his mother. Growing up in the mountains, his mother taught him about utilizing what they had locally and showcasing the natural flavors of the ingredients. To this day, he credits his mother as being the most influential cook of his entire career and feels he inherited her passion for food.

Schoenegger will now incorporate his knowledge and technique for Italian cuisine leading the culinary teams at Maria & Enzo’s and Enzo’s Hideaway Tunnel Bar. The new restaurants will bring a casual elegance to Disney Springs with a blend of star ingredients embedded in elaborate, multipart compositions while keeping the simplicity they demand. Presentation and service will include varieties of amuse bouche upon being seated, a vast selection of fine Italian wines, table-side preparation and service. Guests will experience dishes like Melanzane Parmigiana (eggplant Parmesan), and handmade pastas such as Busiate con Granchio (spiral pasta with crab), ‘Ncasciata al Forno (Sicilian baked pasta) – served tableside. Other dishes will include fresh fish, richly flavored steaks and chops.

If this doesn’t have your mouth watering, we hope to have a report from Maria & Enzo’s from our preview early next week. Btw, I think that’s a little sneak peek of the dining room area for Maria & Enzo’s behind Chef Schoenegger in the photo at top.