A Conversation with Dr. Paul Frommer, Creator of the Na’vi Language from Avatar One of the reasons Pandora-The World of Avatar, and the Avatar films it’s based on, feels so immersive is the use of a language that was created especially for the film’s Na’vi.

I recently got to meet the language’s creator, Dr. Paul Frommer, at a media roundtable at Disney’s Animal Kingdom, where he was teaching Pandora cast members how to speak the language of the Na’vi.

Avatar creator James Cameron had already come up with a few words prior to enlisting the help of Dr. Frommer, but it was Frommer who completely fleshed out the language into a fully spoken vocabulary.

1/23/2018 Update: Disney has now shared their own video featuring Dr. Frommer where he explores Pandora – The World of Avatar and explains a few of the Na’vi sayings he helped create. It’s fun to hear the Na’vi names for things like ‘Floating Mountains’ said outloud too.

Seeing your words spoken by audio-animatronic Shaman must have been a surreal experience for Frommer.

Frommer, who has a PhD in linguistics explained that he had received an email from a friend alerting him to the job, and that when he applied, he first had to demonstrate his understanding of language creation. Frommer then met with Cameron and after a lengthy discussion, was welcomed aboard the team.

The first thing Frommer did was decide on rules for sounds and phrases. In creating some of the different sounds and letters used in the creation of some Na’vi phrases, Frommer explained, “Once you get an idea of what the sounds are and are not, you go from there.”

I expanded upon that and asked how he decided on these rules in creating the language.

Frommer replied, “To come up with innovations in a vocabulary, there are three things you can do:

One is totally make up a new word from scratch.

Another is borrowing from another language. Languages do this all the time. If two languages are in contact, and one language has a word for a concept that doesn’t initially exist in the language, but they need to use it, then often a “borrowing” will take place. But the “borrowing” is always filtered through the borrowing languages phonology. Which is to say you adapt it to what you can pronounce. 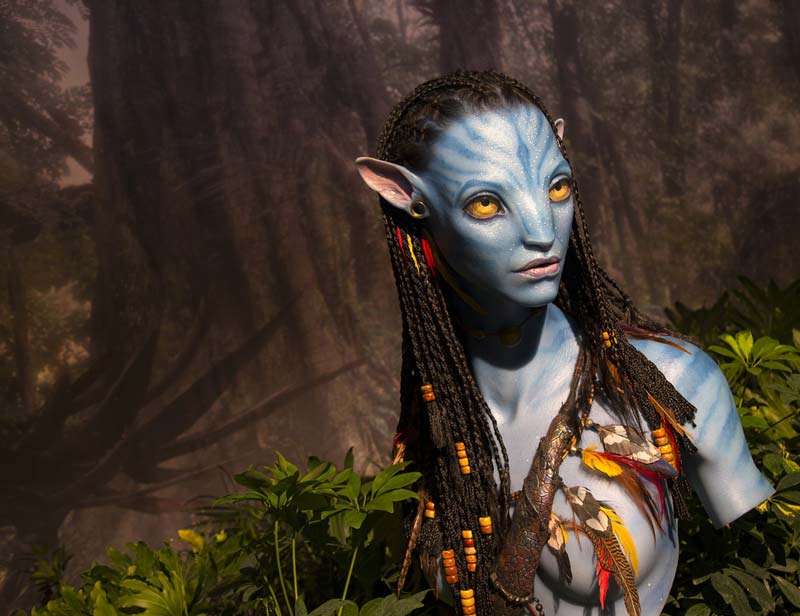 Na’vi does this in relatively rare cases. For instance, the Na’vi don’t have books because theirs is not a written language. But when they encountered books from the humans, they needed a word for them. There is no “b” in Na’vi, so book becomes pook, since “p” is the closest sound the Na’vi have.

Frommer also explained that since the Na’vi only have four digits on each hand, their numbering system works on the Octal system of 1 through 8, instead of the human 1 through 10. He proceeded to speak the numbers for us, and also explained how the Na’vi language expressed verb tenses in the middle of a word, instead of at the beginning or end like English. 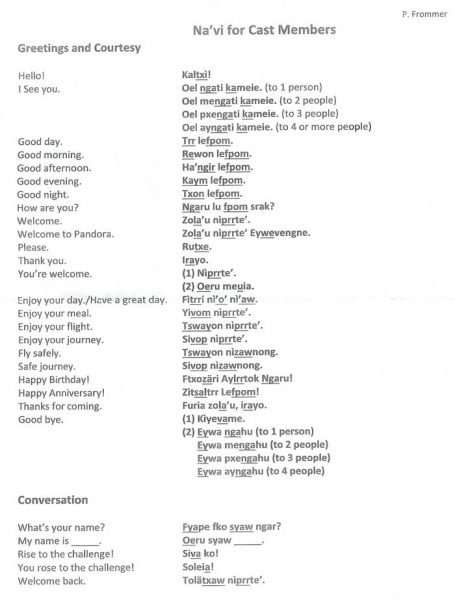 He was also asked if there was a Na’vi translation for Walt Disney World. Admitting there wasn’t, he graciously created one on the spot for us: “Wolti Tiziniya’ Kifkey.”

The time spent with Dr Frommer was a fascinating look into the language of the Na’vi, and how it is an important part of the land of Pandora at Disney’s Animal Kingdom. I thank him for taking the time to speak with us.

Disney does have a Na’vi Translation Device for sale at Pandora – The World of Avatar. The main device and a pack of fifteen translation cards costs $19.99. Additional card packs are $6.99 each. Frommer voices all of the translations.

If you’d like to go more in depth, there is currently an Avatar meet up featuring Frommer at the park. Learn more at avatarmeet.com. I’ve also found the website learnnavi.org a useful resource. Plus if you feel fluent enough, you can contribute to the language at naviteri.org. None of these are official Disney resources.