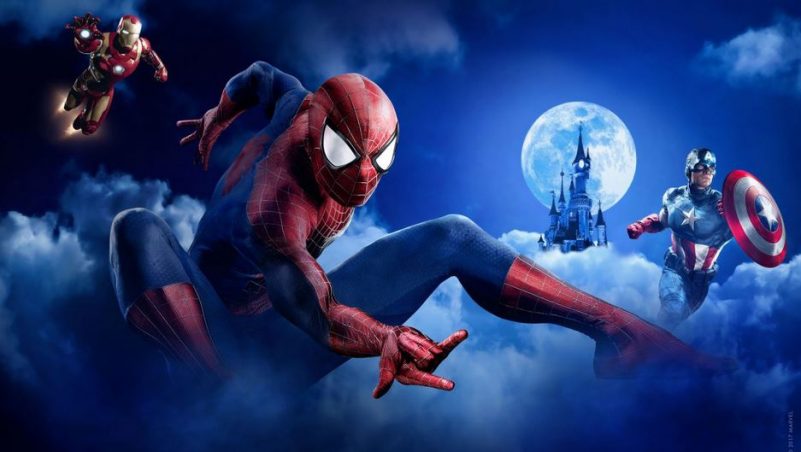 Disneyland Paris sent its representatives to this week’s London Comic-Con to let excited fans know that Marvel Super Heroes are coming to the European vacation destination in the Summer of 2018, from June 10th to September 30th.

Iron Man, Thor, Captain America, Spider-Man, Star-Lord, and Black Widow will appear for the first time exclusively at Disneyland Paris in summer 2018 in a special Marvel Summer of Super Heroes season. The Marvel Super Heroes will feature in the Walt Disney Studios Park for exciting meet & greets and entertainment shows.

Disneyland Paris also announced that it will soon start work on re-imagining one of its Resort Hotels into a universe that would make Tony Stark proud. Disney’s Hotel New York – The Art of Marvel will transport guests to the action-packed, inspiring world of Super Heroes including Iron Man, The Avengers, and Spider Man among others, and will open within 2020.

Integrating Marvel’s superhero brands into its worldwide theme park holdings is a good move for Disney. Audiences outside the US may not be as familiar with their stories. Since Disney has so much money invested in them on the film side, a wider fan base can only help.

Marvel Summer of Super Heroes should add a small jolt to Walt Disney Studios Park attendence and a nice way to close out the celebration of Disneyland Paris’ 25th Anniversary.