Disneyland ends plans for one parking structure, adds another 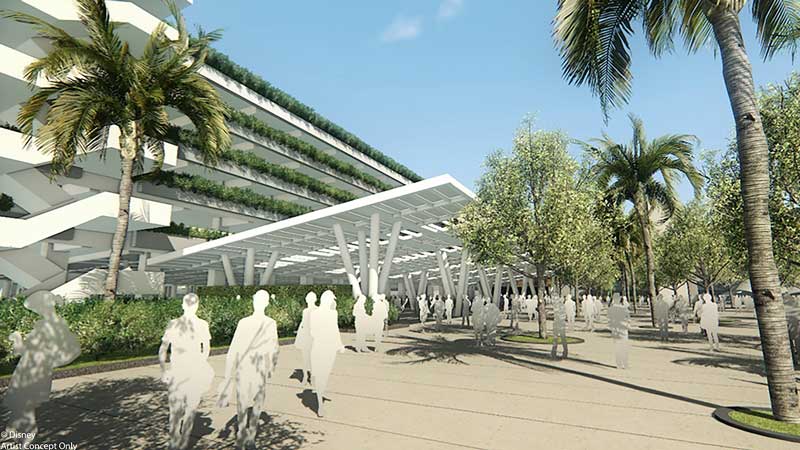 Disneyland is like the member of you group who just can’t decide what to order off the menu. The lobster ravioli looks good, but they really want a steak. This time around Disneyland decides that while it does want a new hotel and parking garage, it doesn’t like where they had originally planned for them to be. I’m actually happier with this new configuration, but I wish Disneyland would just make up its mind and break ground so we know their serious.

Earlier today we wrote about Disneyland’s announcement that their new four diamond hotel would not go next to the West End of Downtown Disney, but instead would replace it. Disney also shared today that the expansion formerly known as the Eastern Gateway project would instead become a new parking structure adjacent to the existing Mickey and Friends parking garage.

This makes a lot of sense from an infrastructure perspective and for being a good neighbor. The hotels and other establishments over on Harbor Blvd would going to be significantly impacted by the Eastern Gateway and the project was going to shoehorn Disney into a future that may not make sense should they ever want to add a third gate.

Consolidating expansion to the resort’s existing footprint leaves those other properties available for later projects. It doesn’t have to be a third gate, but maybe one day when Gardenwalk closes, Disney can take over that property and do something with it (like they should have in the first place).

The new structure will be built on the current Pinocchio surface parking lot between Downtown Disney and the Mickey and Friends Parking Lot. It will have 6,500 new parking spots. Disney will also increase capacity of entry lanes for cars by 60% to keep traffic flowing into the garages. A reconfiguration of the tram boarding area will also be undertaken to better support two garages.

Meanwhile adding 700 new rooms and 6,500 new parking spaces will give Disney some breathing room while it figures out what it wants to do with Disneyland Drive (formerly West Street) and the Paradise Pier hotel. Careful consideration of these properties leaves room to expand Disney California Adventure should the need arise (and it will once Marvel land is built out).

The new structure, as yet unnamed, will begin construction next year with a target of 2019 opening — we hope before Star Wars: Galaxy’s Edge floods the resort with guests.