Disney’s Powerline – A live-action tribute to A Goofy Movie 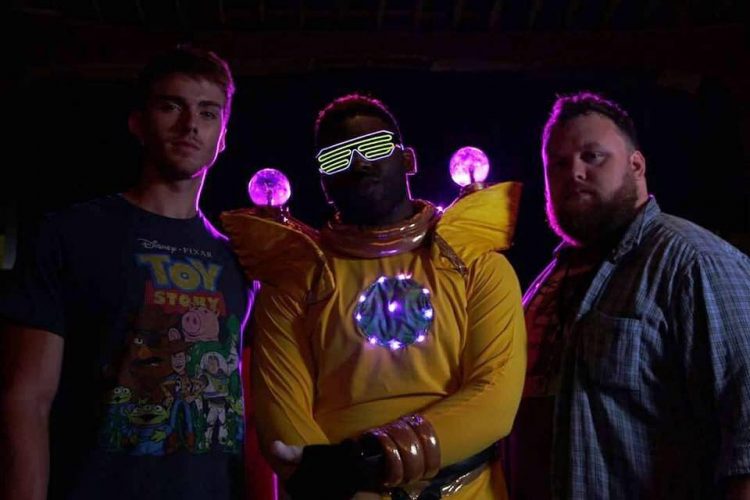 I don’t know what you did with your summer, but Disney fan Emmanuel Carter got a bunch of friends together and decided to take on Disney’s biggest pop star – Powerline – and bring him into the world of live action. Powerline, of course, is the electrifying performer Max really wants to see in Disney’s “A Goofy Movie.”

Carter’s “Stand Out” music adventure is a live-action tribute to “A Goofy Movie” and Powerline. The short film chronicles Max and Powerline’s journey leading up to the events of the movie.

We love fan tributes and few are as well produced as this one:

Carter, a 30 year old filmmaker from Indiana says he’s always had a deep passion for film. “It started out when I was 7 years old watching ‘Jurassic Park!’ I couldn’t believe that they got actual dinosaurs to be in that movie! After I found out about ‘movie magic,’ I needed to replicate that feeling that the movie gave me! It started out as just wanting to be the onscreen hero, but growing up in Indiana where the film industry is very small and overlooked, you have to create your own work! I began making short films!”

Inspired by the 1995 animated Disney feature “A Goofy Movie,” Carter was blown away by the style and how it was different from other Disney movies at the time. The biggest appeal was Powerline.

“He was a mix between Prince and Michael Jackson! Two of my favorite entertainers,” said Carter. “He could dance and he was super cool but, he was singing a song about how we should always strive to stand out! That influenced me so much as a child that I took it with me and applied to how I work and how I present myself!”

Carter said he enjoyed the chance to do something special and represent the stories told by his favorite company in the world – The Walt Disney Company.

What do you think of his live-action take on the film?

Previously: Live-Action Goofy Movie is a stand out recreation, A 2010 shot-for-shot live-action remake of “after today”