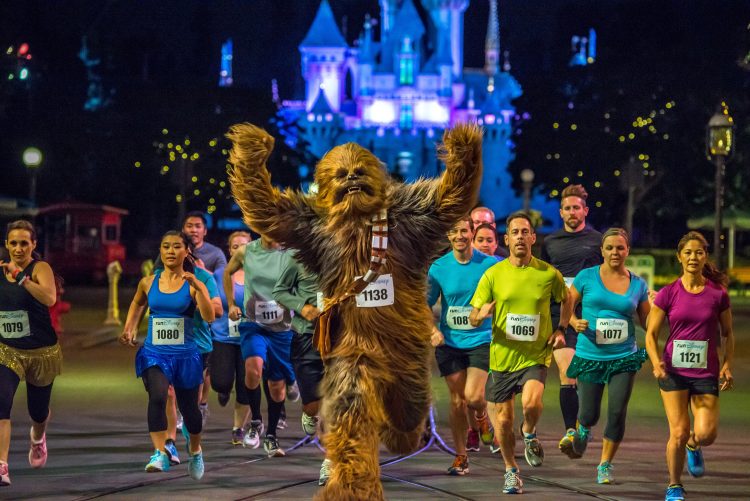 A half marathon and other runDisney events scheduled for Disneyland in Anaheim, CA have been cancelled starting in 2018. According to a Disneyland spokesperson, the construction of the 14-acre Star Wars: Galaxy’s Edge expansion, a new luxury hotel, and a rework of the Disneyland eastern gateway will severely limit the ability to construct a course through the park and resort area.

“While construction for the next several years will impact our ability to deliver the runDisney experience our guests love, we are excited about our future as the Disneyland Resort continues one of its largest multi-year expansions,” said George Savvas, a Disneyland spokesman. “For fans who love to be part of runDisney events, we will continue to offer races at our other properties around the world in 2018.”

Rumors of the impending cancellation had been growing online once Disney postponed registration for the Star Wars themed running event that normally runs in January out in Anaheim. Popular race themes also included Marvel’s Avengers and Tinkerbell and most race weekends also included supporting races, health and fitness expos, and opportunities for costume wearing by participants. So it’s not just a few runners who have had their hopes dashed. It’s one of Disney’s more passionate fan bases.

Update: From reports I’m reading, it sounds like runDisney organizers wanted to go ahead, but that they never got approval from Disneyland to go ahead and file the permits with the city of Anaheim that would be required to run the race. The speculation is this is part of Disneyland’s campaign to slow down and delay projects while a city council that is unfavorable to the resort is in charge at Anaheim city hall. I don’t know how true that is, but it is consistent with the sort of games Disneyland played with Anaheim when it threatened to build the second gate in Long Beach instead of Anaheim if they didn’t give the resort a ton of concessions.

For now, the Super Heroes Half Marathon weekend is the last runDisney event at Disneyland for the year. It will be held Nov. 9 -12.

Are you a regular participant in Disneyland’s runDisney events? What do you think of this news?