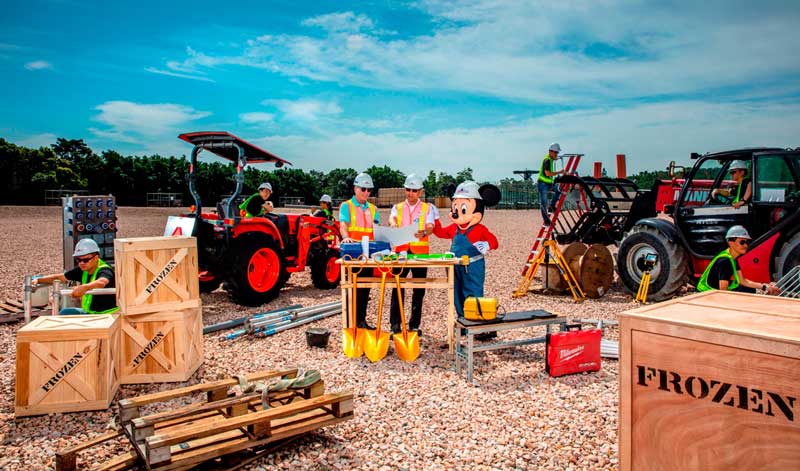 If there has been one consistent complaint about Hong Kong Disneyland (HKDL) resort over the years it’s that the park lacked some of the scale that makes the more recently built Disney parks so magical. That’s all about to change as HKDL has officially begun their multi-year transformation of the park.

The park plans to add new attractions and entertainment experiences that will bring Disney characters and stories to life in ways never seen before. The park will add stories from the world of Frozen, Marvel, and even an entirely new castle for the park.

In the six years starting from 2018, the resort will continue to grow and create more fun for guests with an array of new offerings. The first to open next year under this expansion project will be a Moana-themed entertainment venue in Adventureland.

“We are thrilled to create amazing first-of-a-kind experiences based on some of Disney’s best brands, including Marvel and Frozen, here at Hong Kong Disneyland Resort,” said Samuel Lau, executive vice president and managing director of the resort. “Marvel and Frozen are popular with guests across our Asian markets. The new expansion will greatly enhance the appeal of HKDL to guests of all ages and genders in the region. It will give guests new reasons to travel to the resort and this amazing city.”

Lau, along with Howard Brown, general manager and regional executive of Walt Disney Imagineering Asia, and Mickey Mouse joined in on a special moment to mark the beginning of work for the multi-year expansion—an incredible milestone for the resort, which has been continuously growing and adding fun new offerings since it opened in 2005. This special moment follows months of planning, design and contract awarding after the approval of funding for the expansion.

Building a new era of magic

Under the expansion plan, new themed areas, attractions and entertainment will launch almost every year from 2018 through 2023. Highlights include:

The resort is committed to constantly bringing in new attractions and entertainment offerings to create magical experiences for our guests. This latest expansion follows the addition of a number of amazing offerings in recent years based on the best Disney franchises, including a new stage show “Mickey and the Wondrous Book,” which opened in celebration of HKDL’s 10th anniversary in 2015, as well as the “Star Wars: Tomorrowland Takeover” in 2016.

In April, the resort opened an exploration-themed hotel, Disney Explorers Lodge, which is a unique offering for Hong Kong’s resort and tourism industry.

From now through October 31, HKDL is hosting its most wicked Halloween party ever! During Disney Halloween Time 2017, classic Disney stories are being told with new twists and turns, bringing unexpected surprises to all guests. There are different offerings throughout the park both day and night for guests of all ages.

If this expansion comes close to the concept art Disney has already released, we’re excited for Hong Kong Disneyland’s biggest expansion to get underway.