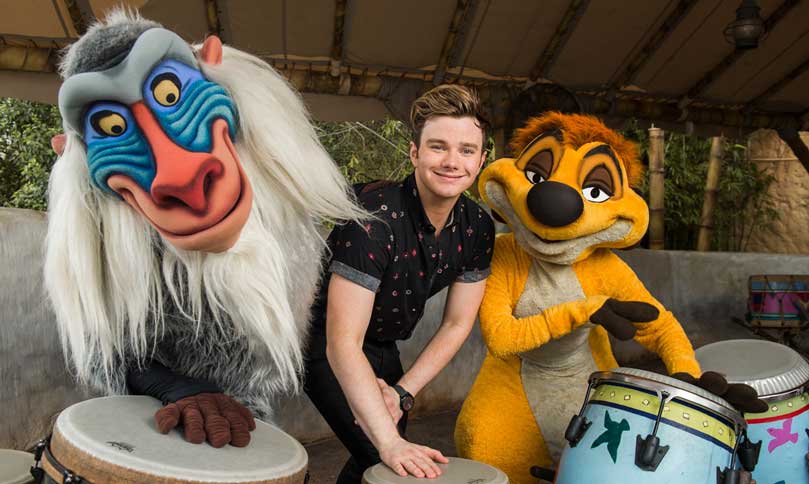 When big shows like The Chew come to EPCOT, they bring with them a bevy of celebrities. One of those who stopped by for last week’s episodes was Chris Colfer. You probably remember him best from his role as Kurt Hummell on the hit show Glee.

Before his work on the set, Timon and Rafiki joined Colfer for a brief drum session. Then he went to help cook up some goodies with the team from The Crew.

Disney has also shared this video where Colfer talks about his first ever trip to Walt Disney World and what he’s looking forward to.

Colfer has a series of books written for children and has been active on the stage and as a producer of movies and TV shows.

I’ll be cooking up something special on @abcthechew tomorrow! #TLOS