Is Is Star Wars science, like Bacta Tanks and Carbonite, for real? Answers may surprise you 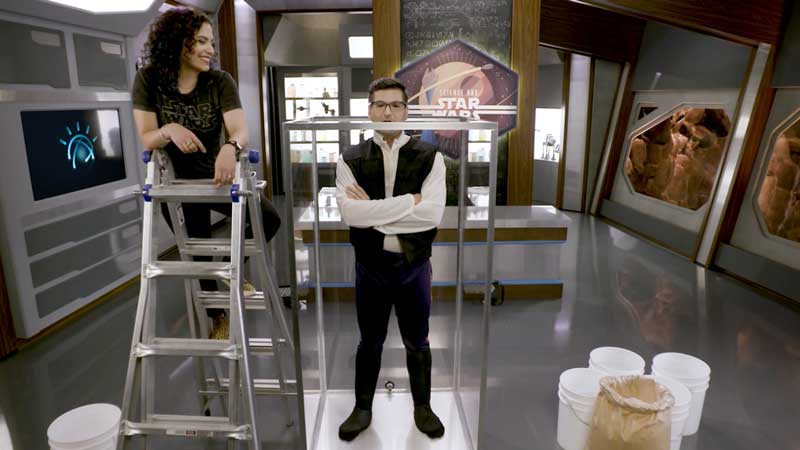 Are you’re a Star Wars fan who has been wondering if some of that technology we see in the movies might be possible in real life? I have bad news for you. It’s fantasy and a lot of that stuff just isn’t possible. But there are a few technologies that do work something similar to what we have in the real world. Hence the new video series from Lucasfilm and Disney – Science and Star Wars.

They’re already on to Episode 3 which answers the questions: Is being frozen in Carbonite a realistic medical feat? And are Bacta Tanks, like the one Luke Skywalker was planed into to accelerate healing, somewhere on the horizon?

Although scientists can create artificial skin and accelerate bone healing with tiny bubbles filled with genetic material, modern medicine is limited in the ability to replicate the marvels of the galaxy far, far away like Carbonite and Bacta Tanks. Watch as the host attempts to simulate a real-life Bacta tank using a chemical that can absorb water 200-300 times its own mass in water.

There are 10 total episodes of Science and Star Wars planned with host Anthony Carboni walking us through the intersection of Star Wars and tech. There is also a special list of guest stars to help him out.

Which technology from the Star Wars galaxy would you like to have for real?