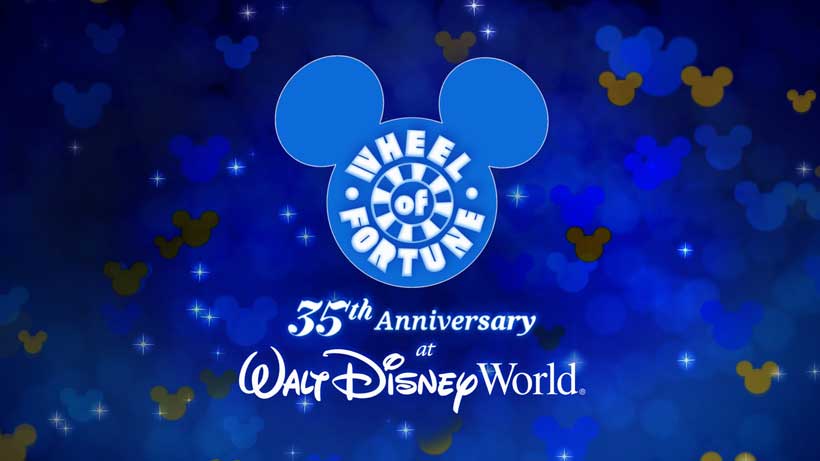 Get ready to spin the wheel and solve the puzzle, the hit TV game show Wheel of Fortune will tape 15 episodes at Epcot in celebration of the show’s 35th anniversary season. In mid-October hosts Pat Sajak and Vanna White will join contestants from all over the country as they compete for cash and exciting Disney prizes.

On Wheel of Fortune contestants complete Hangman style word puzzles for prizes determined by the spin of a giant wheel. It’s a game hundreds of millions of fans have played along with from the comfort of their own living rooms since the show first aired in 1975.

The Wheel of Fortune has hosted Disney weeks before, including a focus on the Disney Cruise Line:

The shows being taped at Epcot will air during three different weeks beginning in February of 2018.