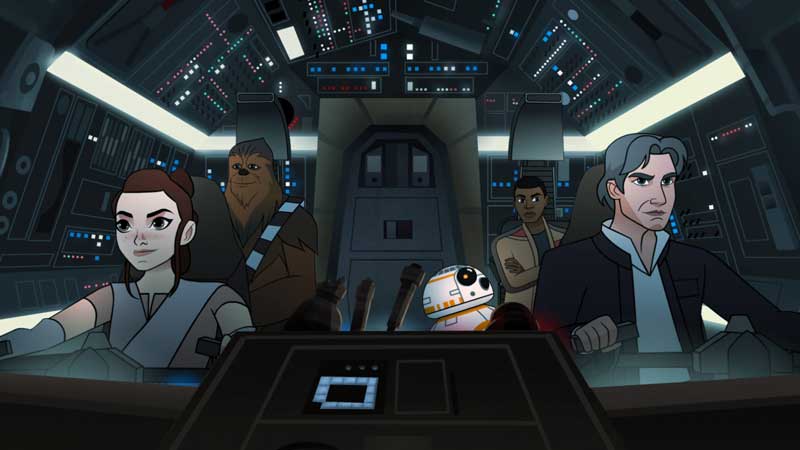 The popular short-form animation series Star Wars Forces of Destiny are returning with two Disney Channel specials. The series features the stories of Star Wars heroes like Rey, Sabine Wren, Jyn Erso, Hera Syndulla, Leia Organa, Ahsoka Tano, and many more giving fans insight into those moments that helped make the hero, but didn’t make it on to the big screen as part of an existing movie.

The half-hour specials will air on Sunday, October 1 and Sunday, October 29 at 8 p.m. ET/PT on Disney Channel and the Disney Channel App. There will be a total of eight never-before-seen installments in the two specials. Many of the original talents behind the characters have reprised their roles, including Daisy Ridley, John Boyega, Lupita Nyong’o, Felicity Jones, Tiya Sircar, Ashley Eckstein, Vanessa Marshall, Catherine Taber, and Matt Lanter, among others.
Following the Disney Channel specials, these new shorts will be available to watch on YouTube.