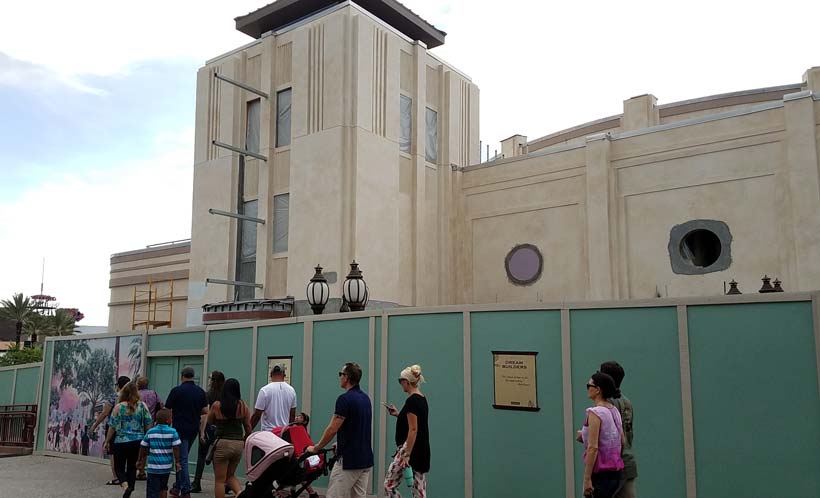 We’ve been covering the construction of The Edison complex in Disney Springs with baited breath for what seems like years. Earlier this year we learned that there are not one, not two, but four total venues in the complex. This will include an Italian restaurant and some sort of fast-casual location.

Thanks to a new job wanted listing, we just learned the name of the Italian eatery – Maria & Enzo’s. We’re big fans of chef Joachim Splichal of The Patina Group and can’t wait to see what he brings to The Edison and Maria & Enzo’s.

We’ve also been anticipating a venue located under the former Pleasure Island location themed to a steampunk Neverland. We may still get that, but the job listing is now describing it as an underground rum-running tunnel. The Edison is themed to an old power and light company and the other large venue is themed to an art-deco airport terminal.

The whole complex, with its four (or more) venues will be managed by The Patina Group, which also operates Morimoto Asia and Tutto Italia and Via Napoli in EPCOT’s Italy pavilion. They’re working hard to get at least some of the new Disney Springs venues open by the end of 2017.