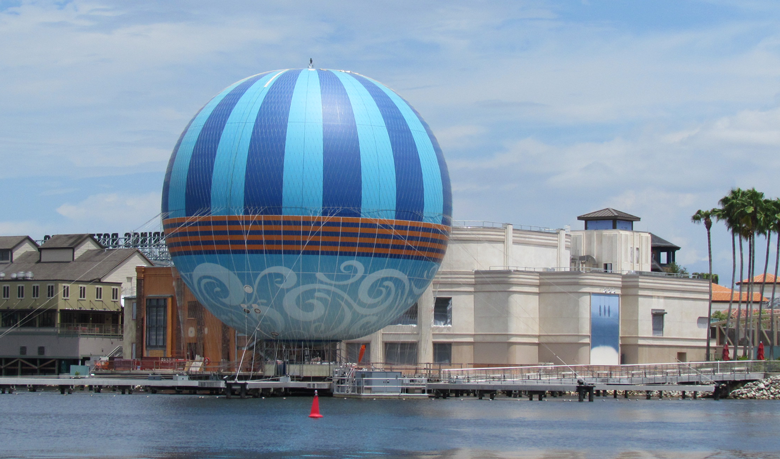 Although most of the expansion is complete, there’s still quite a bit of work going on at Disney Springs as the shopping, dining, and entertainment district continues its transformation. Construction on much-anticipated steampunk themed eatery The Edison is nearing its finish in The Landing district while we’re finally seeing vertical construction for Wine Bar George. No big work yet on the Westside, but walls are up at DisneyQuest, so we know it’s coming soon.

Since we filmed this piece it was confirmed that DisneyQuest will be demolished. Games that could be sold have been loaded on trucks and demolition work is already underway on the interior. Now we wait to get our first glimpse at concept art for what the NBA Experience will look like.

We also learned that United World of Soccer will be rebranded to Pelé Soccer. Pelé, of course, is the Brazilian soccer star who late in his career came to the US to help the North American Soccer league in the 1975 season. The owners of the store have licensed the rights to use Pelé’s name and start opening more stores elsewhere.

Disney also opened a Star Wars focused store in the Marketplace section of Disney Springs. The Star Wars Trading Post took over the former Fun Finds shop, across from Earl of Sandwich. Like the other location it has clothing, accessories, and a build your own light saber station.

Parking continues to be a bit of a struggle while Disney builds a third parking garage. There is still plenty of surface parking if the parking garages fill up, but it does seem like Disney Springs is even more popular than Disney planned.

Is a visit to Disney Springs a must-do on your Disney vacation?