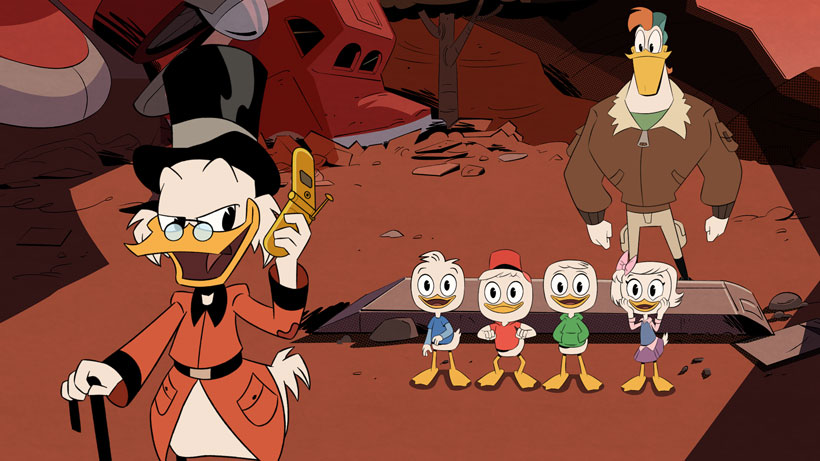 We were excited to see that Disney has posted the entire two-episode pilot for Ducktales on YouTube. The reboot of the Disney Afternoon cartoon classic is currently airing on Disney XD. Here’s the plot synopsis:

Donald Duck reluctantly takes his nephews Huey, Dewey and Louie to the home of their reclusive great-uncle Scrooge McDuck. Enthralled by their once legendary great-uncle and the wonder of McDuck Manor, the triplets and their newfound fierce friend Webby learn of long-kept family secrets and unleash totems from Scrooge’s epic past, sending the family on an adventure of a lifetime to the Lost City of Atlantis.

You can watch it below.

Did you watch the premiere? What did you think? Let us know in the comments below!

Ducktales returns to DisneyXD on September 23rd for its first season.