The original movie version of TRON in 1982 ignited the imagination of a generation of gamers and computer geeks about the unknown world inside the computers that were just beginning to become a thing that you might consider having in your own home (thanks largely to Atari and Commodore). Instead of just playing Frogger or Donkey Kong on your computer, the idea of going inside cyberspace (a term coined in 1982 by speculative fiction author William Gibson) was very enticing. It was very disappointing to TRON fans that we had to wait 28 years for the sequel (with only faint hopes of a third movie to hang on to). About the closest thing we got before that was the ride “Through the world of Tron” room on the Peoplemover at Disneyland.

When Shanghai Disneyland was announced TRON fans were excited to see that the franchise would get a TRON themed ride – the TRON Lightcycle Power Run roller coaster. When the park opened, the ride was such a hit that there were almost immediate cries to bring a version to Disney World. Those wishes turned to rumors, and at D23 Expo, the rumors were revealed as true. the new Tron attraction will be built in the Tomorrowland area of the Magic Kingdom, right next to Space Mountain.

Guests who board the TRON Lightcycle Power Run roller coaster ride on a train of two-wheeled Lightcycles, just like in the movie. It’s more than a coaster with lights, special effects, and glimpses into the high-tech world of TRON. 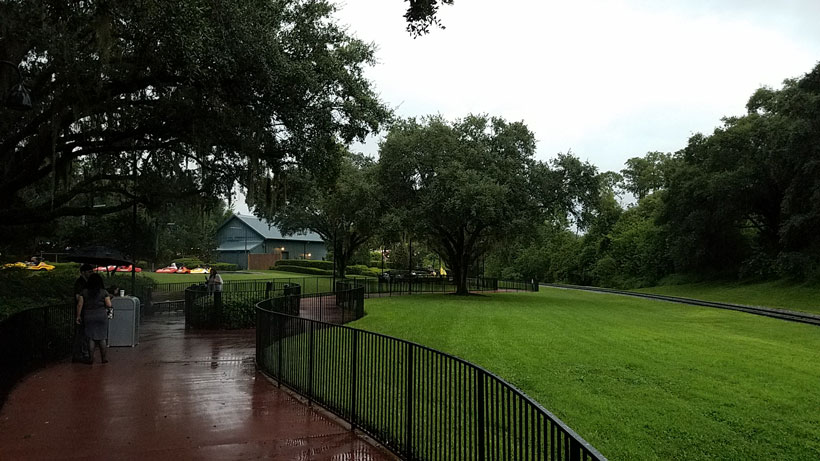 Rather than replace something inside the park, Imagineers will build the main showbuilding over the berm with only part of the ride crossing over the railroad into the park. The other plan was to replace the Tomorrowland Speedway, but Disney thought better of replacing a ride that, while it may not have the longest lines all day long, is a rite of passage for some many young patrons, and those who were young patrons once, and now plan to return with their own kids to let them ‘drive their first car.’ That doesn’t mean the Speedway will be untouched. We know at least that some of the trees will have to go. It’s possible that some of the track will be slightly shortened to fit the Tron coaster into that corner of the park.

A couple things I’d like to see: 1) convert the Tomorrowland Speedway to cleaner engines if at all possible. If not, at least make them look sleeker, more futuristic. 2) Please take the dinosaurs animatronics from the just close Ellen’s Energy Adventure at EPCOT, and build a Magic Kingdom equivalent of the Grand Canyon Diorama and the Primeval World, just like we have at Disneyland with very similar audio-animatronics. A great way to keep the smoke from the train from bothering guests as it goes under the TRON walkway. 3) The only real complaint I hear about the the Shanghai Tron coaster is its brevity. If they could add another turn or two, or a barrel roll, or something, that would be spectacular.

Sounds great right? Are you looking forward to Magic Kingdom adding a TRON coaster to the park?

previousShonda Rhimes defects from Disney to Netflix
nextCelebrity Spotting: Voice of Pumbaa at Festival of the Lion King