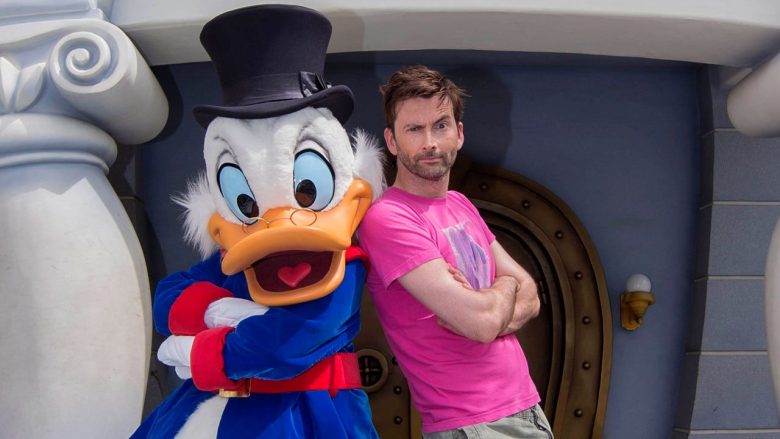 Keep your eyes open for a blue Police box, actor David Tennant was spotted at Disneyland hanging out by the Bank of Toontown with Duckburg’s most famous trillionaire, Scrooge McDuck. Tennant was fresh off a visit to San Diego Comic-Con where he won over fans of Ducktales with his impromptu talk as Scrooge McDuck, the character he voices in the reboot of the show coming to DisneyXD.

Fans will remember that Tennant played a large role in the relaunch of Doctor Who for modern audiences. He can currently be seen in the third season of BroadChurch on BBC America, where he’s co-stars with the next Doctor – Jodie Whittaker. Marvel TV fans may remember him from his role as the villain Kilgrave. in the Netflix season one of Jessica Jones. 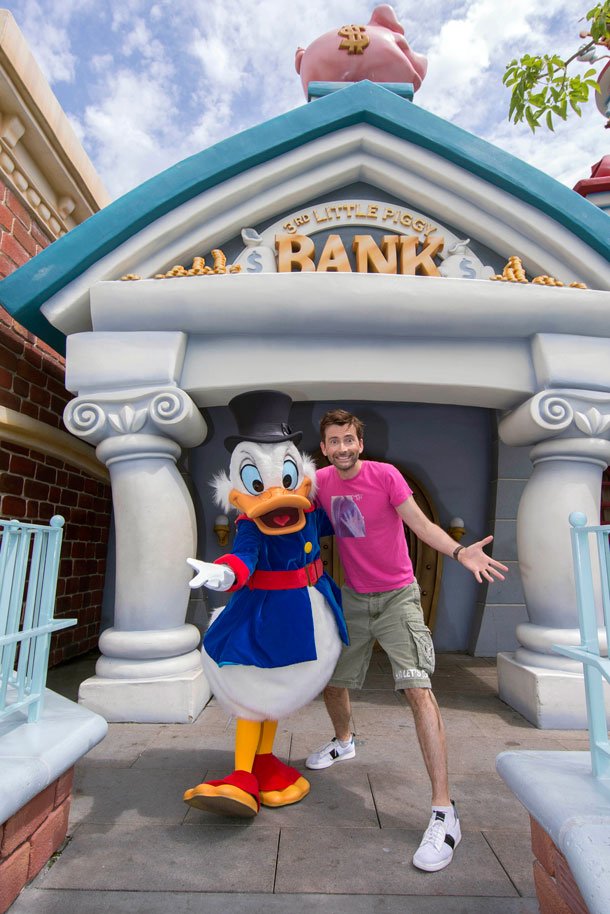 Checkout the latest promo from Ducktales below

Tennant says what he likes most about Scrooge McDuck is, “He’s got a hidden life. You think he’s a crotchety old windbag, when he’s actually Indiana Jones with a beak!”

Countdown until 20 Ways How Scrooge is like The Doctor lists appear? 3-2-1….