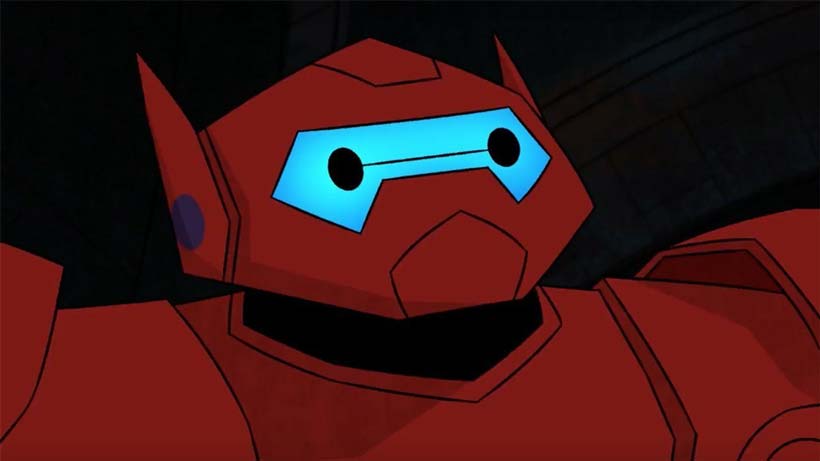 As a family, we’re going to have to block off a lot of time to enjoy all the great new animated television that Disney and Marvel are creating  The list includes Ducktales, Star Wars Rebels, and Big Hero 6: The Series all of which are enjoyable by kids and adults. The highly anticipated Big Hero 6: The Series on Disney XD is already giving off enough good vibes that the second season has already been put into production.

Disney is also giving us our first real taste of the animation with a sneak peek of the episode, “Fred’s Bro-Trillion,” where Hiro and Baymax get trapped inside super villain Baron Von Steamer’s lair.

As the new kid at San Fransokyo Institute of Technology, Hiro faces daunting academic challenges at the prestigious “nerd school” and the social trials of being the “little man on campus.” Luckily, Hiro has his brains, his ingenuity and his best friend bot to help him find his way. But it’s off campus where things get dangerous. Along with neat freak Wasabi, bubbly mad scientist Honey Lemon, fanboy Fred and no nonsense Go Go, the friends form an unlikely, but awesome super hero team – Big Hero 6. Together they face madness and mayhem as a colorful array of science-enhanced villains threaten San Fransokyo.

Previously: Watch the opening title and theme song for Big Hero 6: The Series