This August, Marvel Studios’ “Guardians of the Galaxy Vol. 2,” the blockbuster sequel featuring the world’s favorite band of intergalactic misfits, blasts into your home and the homes of people around the galaxy. The sequel ups the fun level on the first movie to the next level with new stars, new conflict, and powerful new enemies. For the first time for Marvel Studios, you’ll also be able to view it in stunning 4K Ultra HD format, provided you have a good enough TV, obviously. 4K Ultra HD provides four times sharper resolution of HD with exceptional HDR which produces brighter brights, deeper blacks and richer colors than ever before. The galaxy has never looked so good!

Delivering the ultimate in-home experience is the Ultimate Cinematic Universe Edition (which includes a collectible poster while supplies last) comes packaged to include a 4K Ultra HD version of the film, a Blu-ray, a Digital Copy and more than 80-minutes of exclusive, never-before-seen bonus materials. Bonus will take fans behind the scenes with the movie’s diverse, dynamic cast of misfits and inspired team of filmmakers, debut an all-new original music video starring David Hasselhoff and special guests, hilarious outtakes, deleted scenes, audio commentary by director James Gunn, and more.

Set to the all-new sonic backdrop of Awesome Mixtape #2, the film’s storyline continues the team’s adventures as they traverse the outer reaches of the cosmos. The Guardians (Chris Pratt as Peter Quill/Star-Lord, Zoe Saldana as Gamora, Dave Bautista as Drax, Vin Diesel as the voice of Groot, and Bradley Cooper as Rocket) must fight to keep their newfound family together as they unravel the mystery of Peter Quill’s true parentage. Old foes become new allies and fan-favorite characters from the classic comics will come to our heroes’ aid as the Marvel Cinematic Universe continues to expand.

This blockbuster sequel featuring the world’s favorite band of intergalactic misfits, blasts into homes Digitally in HD and 4K Ultra HD on Aug. 8 and 4K Ultra HD and Blu-ray on Aug. 22. 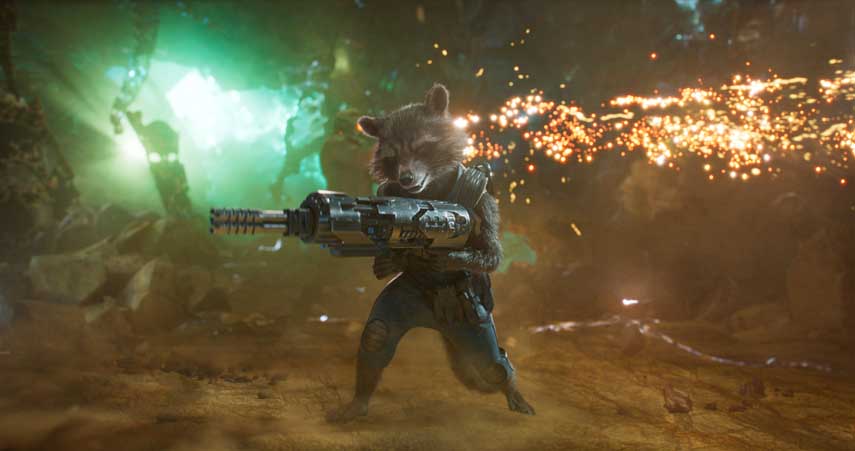 Bonus Features (may vary by retailer):

Digital:
All the features listed above plus four extra exclusives:

Pre-order Guardians of the Galaxy Vol. 2 via Amazon and you will get a free month of Marvel Unlimited comic subscription service. Your purchase via Amazon also helps support The Disney Blog. Thank you.