Model of Star Wars Themed Land is Epic and Detailed 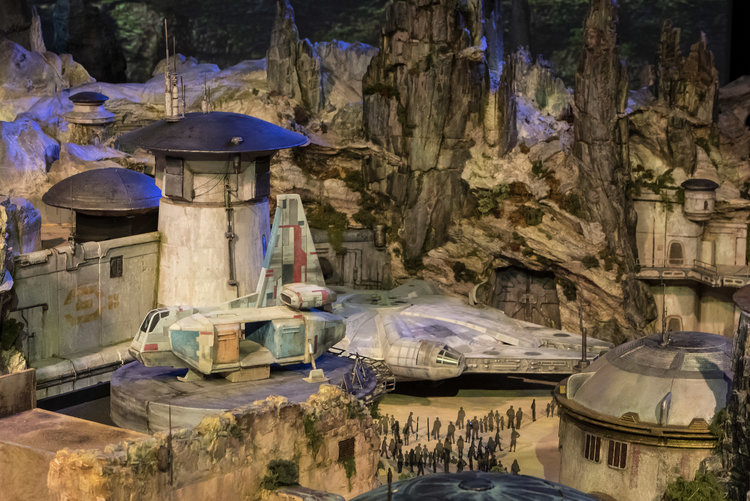 The epic, fully detailed model of the Star Wars-themed lands under development at Disneyland in Anaheim, California and Disney’s Hollywood Studios in Orlando, Florida is now on display in Walt Disney Parks and Resorts’ “A Galaxy of Stories” pavilion throughout D23 Expo at the Anaheim Convention Center. In this video of the model you can get an up-close look at what’s to come on this never-before seen planet.

The model will remain on display at the pavilion throughout the weekend to give visitors an up-close look at what’s to come on this never-before seen planet. In addition, the pavilion will display models, artwork and media that provide a first-ever look at some of the locations, starships, creatures, and droids that guests will encounter when they visit this new planet.

“To say we are excited for the Star Wars-themed lands to open in 2019 is an understatement,” Walt Disney Parks and Resorts Chairman Bob Chapek said. “All along, we have said this will be game-changing, and through the model we can begin to see how truly epic these immersive new worlds will be.”

So many amazing details from people walking around, to the spaceships (including the very recognizable Millenium Falcon), and the farout looking buildings. 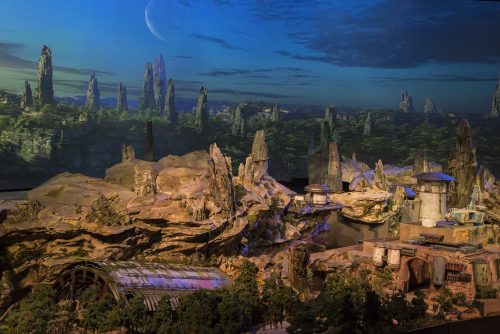 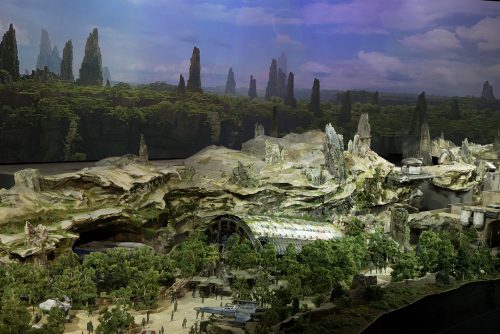 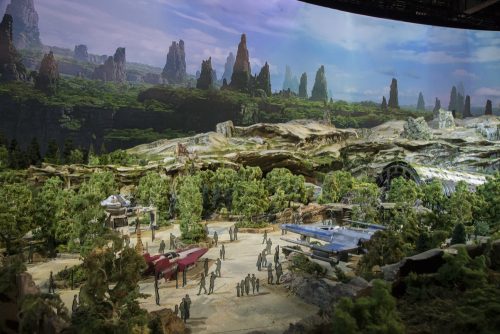 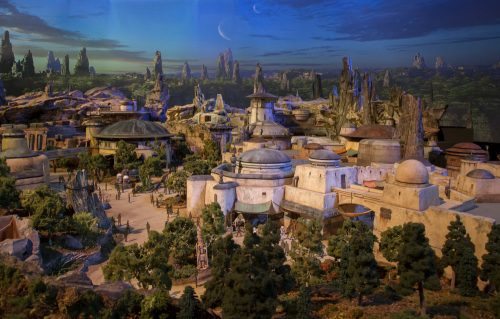 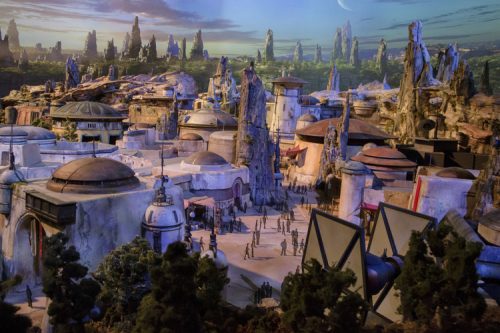 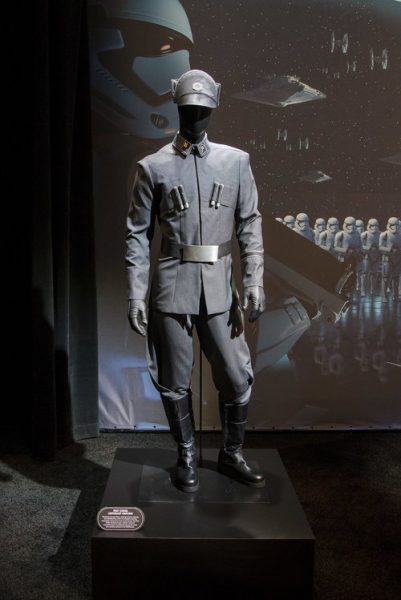 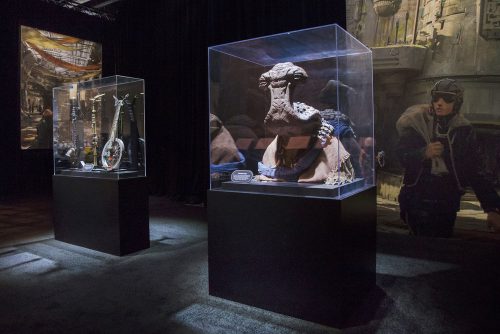 The scale of the model is very impressive. This is the model for the Disneyland park and I’m sure the Hollywood Studios model will be configured slightly differently.

I like that all the design appears true to one of the outer rim planets where there’s a mix of old settlements, new technology, and where the First Order and Resistance might come into conflict at any moment.

What do you think of this Star Wars themed land model? Any guesses as to what the name will be for the land?