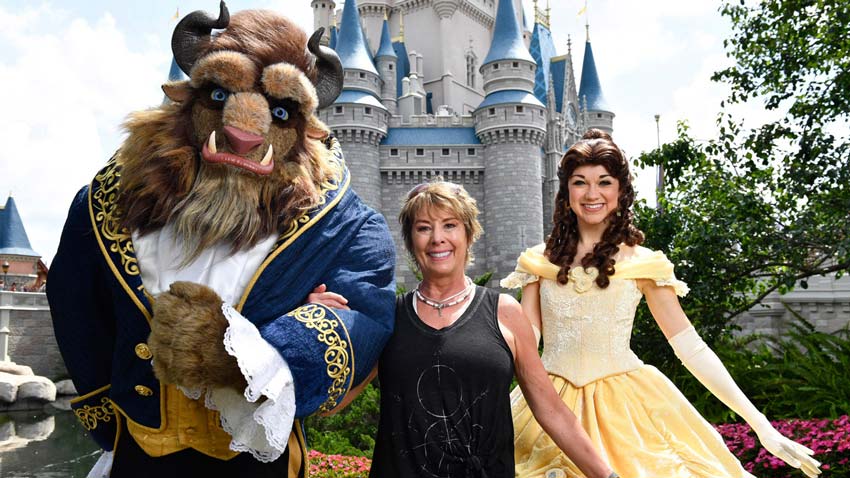 In 1991 Paige O’Hara brought Belle’s voice to life in the animated feature Disney’s Beauty and the Beast. O’Hara recently vacationed at Walt Disney World where she stopped to share her memories of the promotional tour for the original movie, including leaving her hand prints in front of the Chinese Theatre at Disney’s Hollywood Studios. She also talked about what being a Disney Legend means to her:

Paige O’Hara was born in Fort Lauderdale where she began acting at the Fort Lauderdale Children’s Theatre. In addition to her work providing the voice of Belle in movies and related animation, O’Hara’s had a long career on and off Broadway.

Do you have a favorite moment that involves Belle from Disney’s Beauty and the Beast?