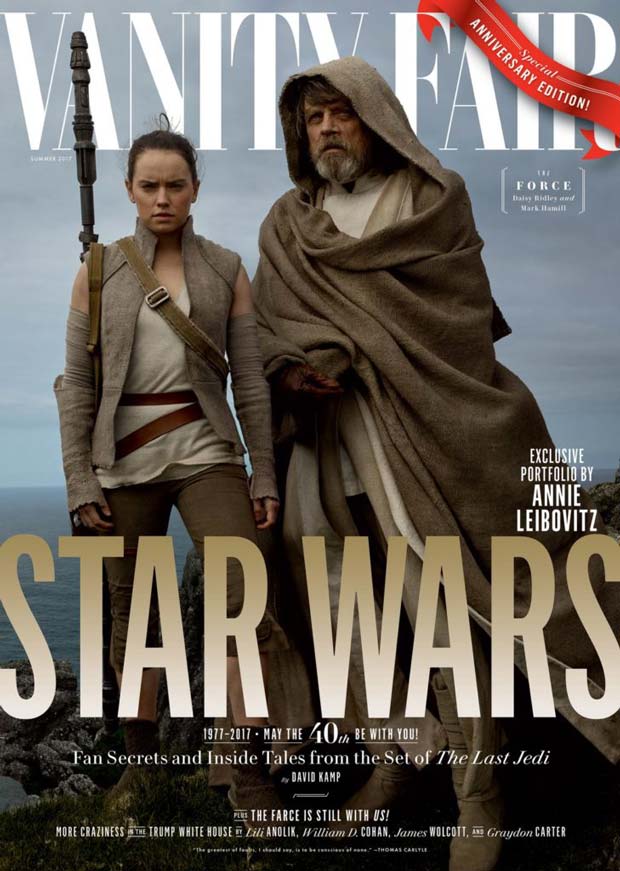 Annie Leibovitz is back and taking more photos for Disney and Lucasfilm. This time she turns her practiced eye to a Star Wars: The Last Jedi spread in Vanity Fair magazine. Four cover variants that were revealed today.

Leibovitz has photographed Star Wars casts before. Her first encounter was for The Empire Strikes Back in the Rolling Stone magazine in 1980 and she’s shot ever cast since 1999’s The Phantom Menace through to The Force Awakens. 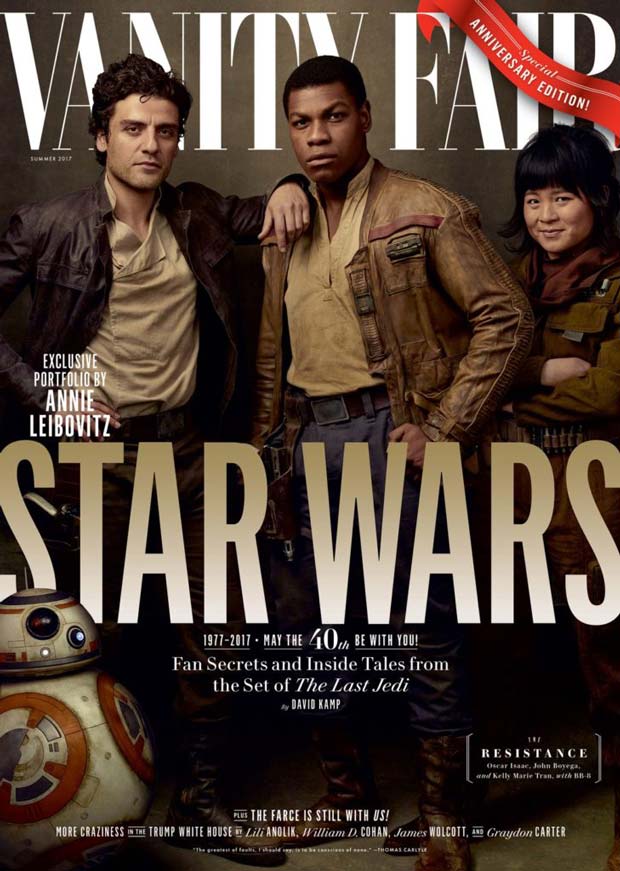 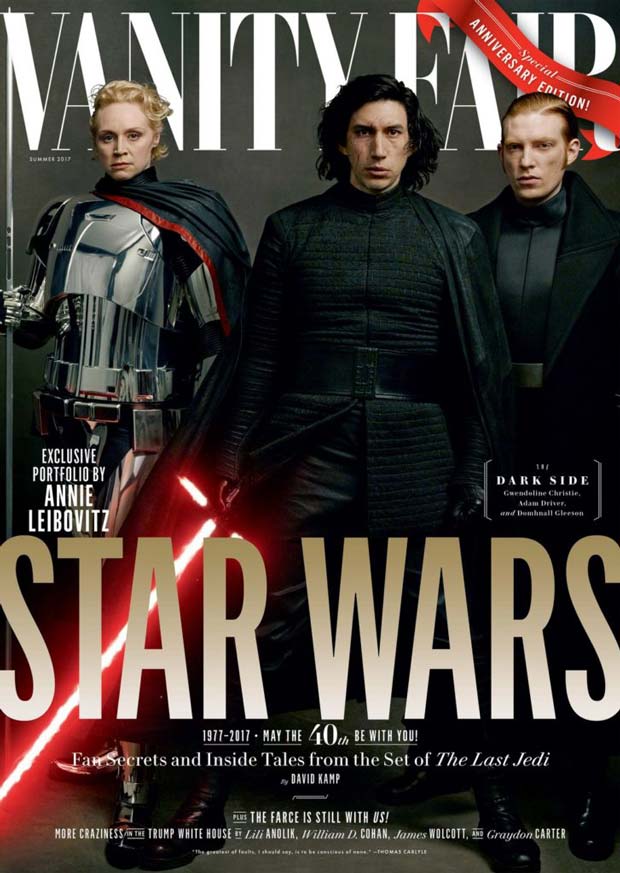 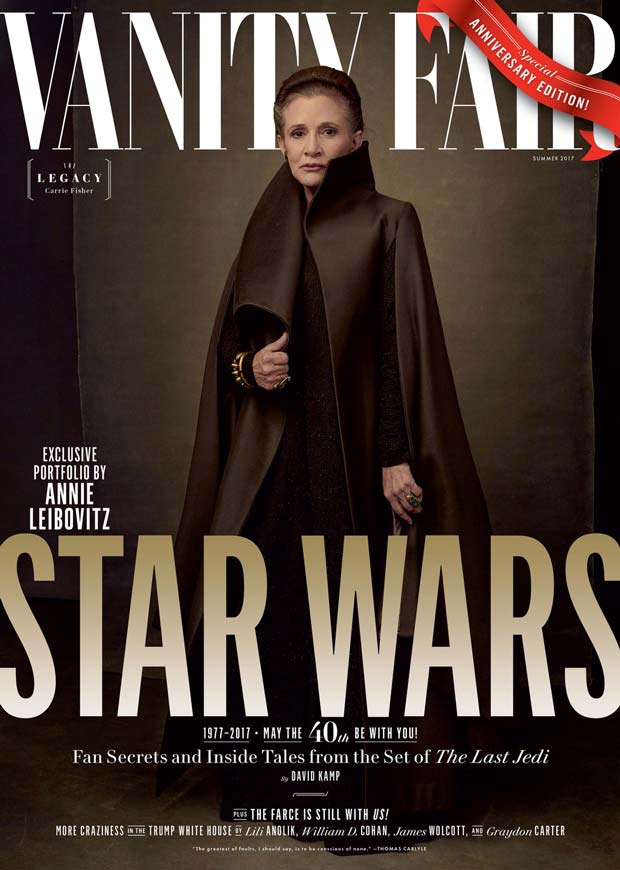 I’m so happy Leibovitz was able to get a photo of Carrie Fisher as General Leia Organa for that cover. I’m an emotional mess just thinking about her death and our loss. But what a portrait.

These issues will hit newsstands in New York and Los Angeles on May 31 and will be available nationally June 6.