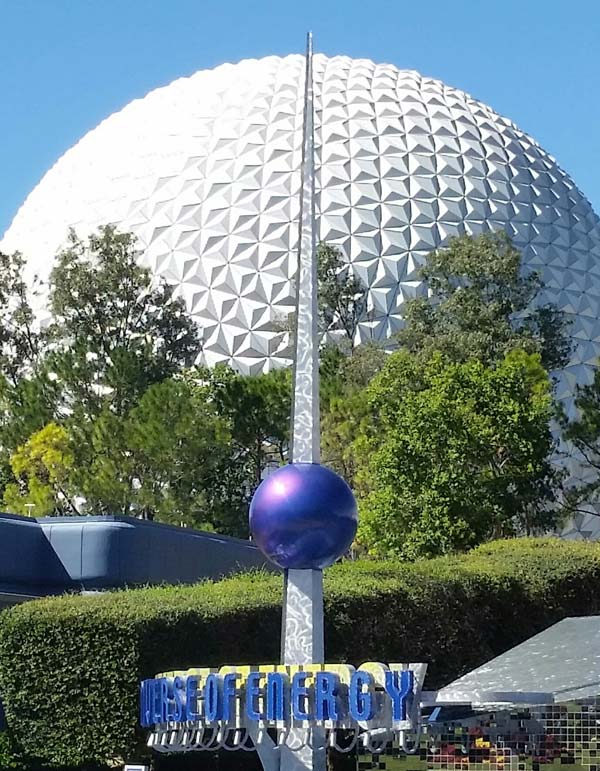 You might want to sneak in a final ride on Ellen’s Energy Adventure at the Universe of Energy pavilion sometime soon. Last year Bob Chapek, Disney Parks chair, stated that EPCOT was the next park due for a mega makeover; now permits have been filed indicating that work in FutureWorld will begin soon and Bill Nye and Ellen are in the cross-hairs.

Ellen’s Energy Adventure attraction is know for its amazing audio-animatronic dinosaur dioramas. Visitors travel through the attraction in huge battery powered “traveling theater cars.” The building gets a portion of its power from the 80,000 photovoltaic solar cells on its roof. One of the last ‘slow’ rides. The whole experience takes about 45 minutes to complete.

This early permit is mainly just preparing the area for what is to come. Disney is moving some drainage areas around the back of the attraction to accommodate land that will be needed for construction of the new attraction, potentially an expanded show building. What the new attraction will be is still un-announced. Rumors are it will be either a Guardians of the Galaxy attraction or the TRON coaster from Shanghai Disneyland. Between the two, I think TRON fits better with the Futureworld theme. Disney could be planning a re-theme for the whole area, just depends how big they want to go?

Disney is targeting opening the new EPCOT attractions in 2022 and work is scheduled to begin in October, which marks Disney’s new fiscal budget. I’m told that work was to have begun already, but the they couldn’t agree on the plans for the area. That has finally come into focus, so now they can move forward once the new budget year begins.

With it’s dis-proven science, heavy-handed oil company bias, and ancient films Ellen’s Energy Adventure was long over-due for an update. I’ll be very sad to see the excellent dinosaur audio-animatronics go. But I’m hopeful they’ll find a home elsewhere in Walt Disney World’s 40-square miles. Where would you put them?