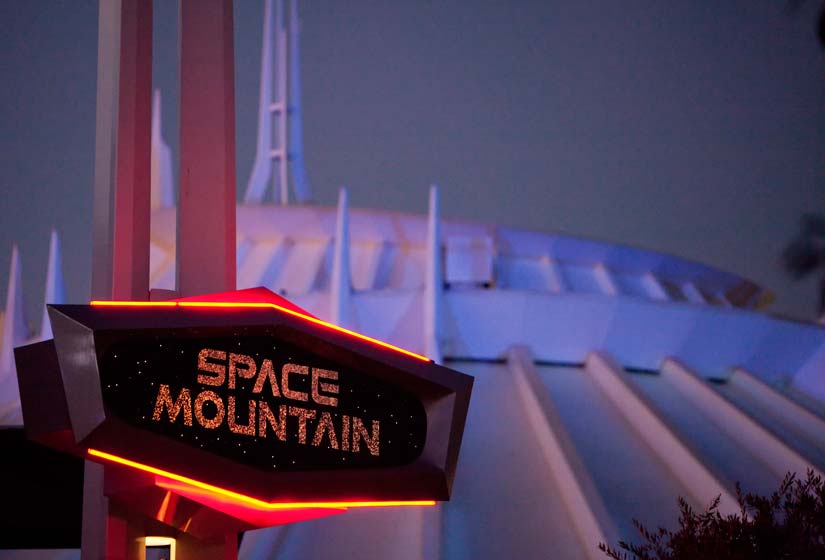 On June 1, 2017, just a few days after the 40th anniversary of its debut in Disneyland, classic Space Mountain will return to Tomorrowland after a brief refurbishment to transition it from the Star Wars themed Hyperspace Mountain overlay. More than 450 million guests have enjoyed one of those thrilling experiences since the attraction opened.

The attraction means something extra to me as my grandfather, Vic Greene, was involved in the early planning for the ride. Walt Disney himself asked the Imagineers in 1964 to build an indoor roller-coaster that would take place in the dark. Disney’s Imagineers started working with Arrow, the same company that had just finished the world’s first tubular steel coaster 5 years earlier at Disneyland – The Matterhorn.

Here are some fun facts to celebrate the ride’s 40 years of out-of-this world fun:

There are versions of Space Mountain in five Disney theme parks around the globe Orlando, Anaheim, Toyko, Paris, and Hong Kong. Do you have a favorite Space Mountain?