Happily Ever After Fireworks Amazes Guests 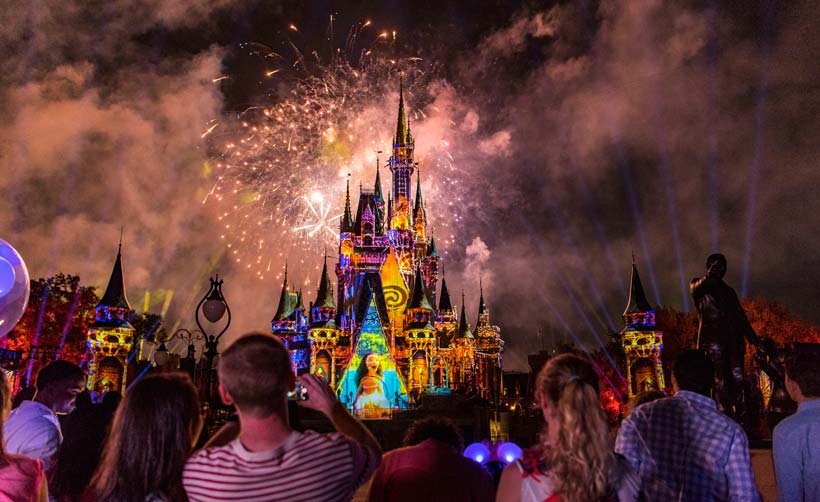 The Magic Kingdom’s newest fireworks spectacular is the biggest show in the history of the park. “Happily Ever After” clocks in at a stunning 18 minutes of fireworks, 50% longer than the previous show, and is said to have twice as many fireworks.

The show combines fireworks with lasers and digital mapping projection on Cinderella Castle to great effect. For instance, the photo at the top may look like concept art, but it’s actually projected on the castle. This photo below turns the castle into a giant stained glass artwork. 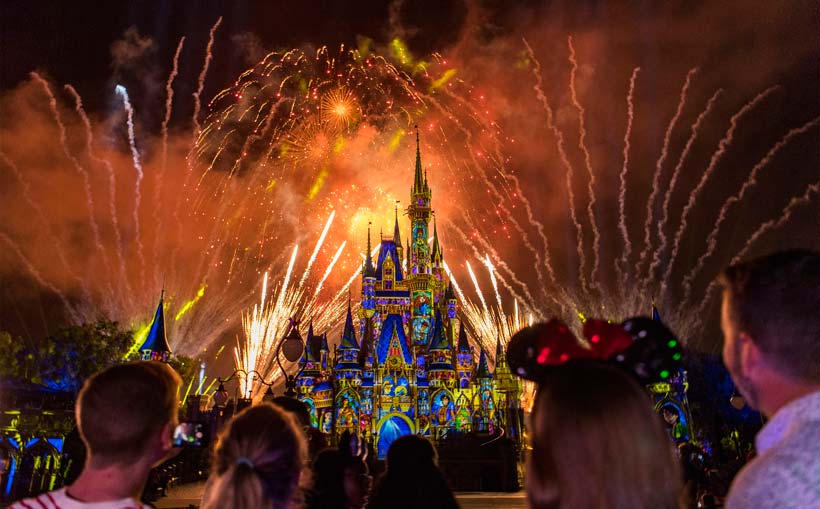 Characters and scenes from more than 25 Disney films are featured through state-of-the-art projections, enchanted by more than 50 choreographed spotlights, brilliant lasers and plenty of awe-inspiring fireworks. I like the way characters and themes from Disney’s more recent classes are woven into the show and make multiple appearances throughout the show. This works better than there being one segment for Frozen, then one segment for Tangled we never hear those themes again in the show.

Thanks to unique projections on three sides of the castle, “Happily” is large enough that you can see it multiple times and still not have seen it all. Where “Wishes” painted the sky with fireworks, “Happily” floods the sky with its power.

If you missed the livestream from the Disney Parks Blog, you can still see the replay here:

The best viewing of the show is in the plaza/hub directly to the left of the Partners Statue to the middle of the street. If you’re too close to the castle, you’ll miss some of the fireworks. If you’re too far away, you won’t be able to see the detail in the castle projections.

We’ll have more on the show after we get a chance to go back and see it for a second time.