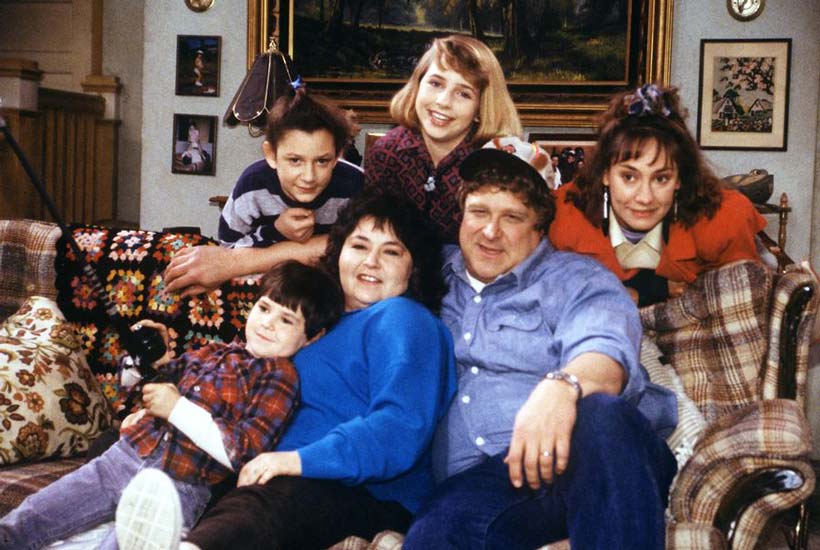 Everything old is new again at Disney. 1980s ground-breaking family comedy “Roseanne” will return to ABC with the original cast. The reboot seems like a bit of risk, given how John Goodman’s character Dan was killed off in the last season. But I suspect the writers will do some magical wand waving and come up with something that explains his death away (Roseanne herself suggested that Dan was faking his death).

ABC has released this trailer full of clips that capture the humor, characters, and gut-busting laughter we loved about the show:

ABC president Channing Dungey said in the announcement, “The Conners’ joys and struggles are as relevant – and hilarious – today as they were then, and there’s really no one better to comment on our modern America than Roseanne.”

When it premiered on ABC, the series broke new ground for its realistic portrayal of a working-class family, the Conners, barely scraping by in the fictional town of Lanford, Illinois. It also dominated the ratings as one of the highest-rated television series on the air for its near-decade run. A comedy about ordinary people who faced day-to-day survival with a sense of the absurdity of it all, the inimitable Roseanne was its epicenter.

Lauded for its humor, relevance, warmth and honesty, the Conner family will continue to deal with the economic challenges of living pay check to pay check in 2018. In its nine seasons on ABC, in addition to being a primetime ratings hit, the series won a Peabody Award and a Golden Globe Award for best television series (comedy or musical). Barr and Goodman each won Golden Globes for best performance by an actress and actor. Barr went on to win an Emmy as lead actress, and Metcalf won two supporting actress Emmys for her work on the series.

What do you think of this news? Were you a fan of the original sit-com? Do you think that Barr’s often controversial positions since the show will impact how audiences view her today? We’re just happy John Goodman will be back, frankly. I can’t imagine the show without him.