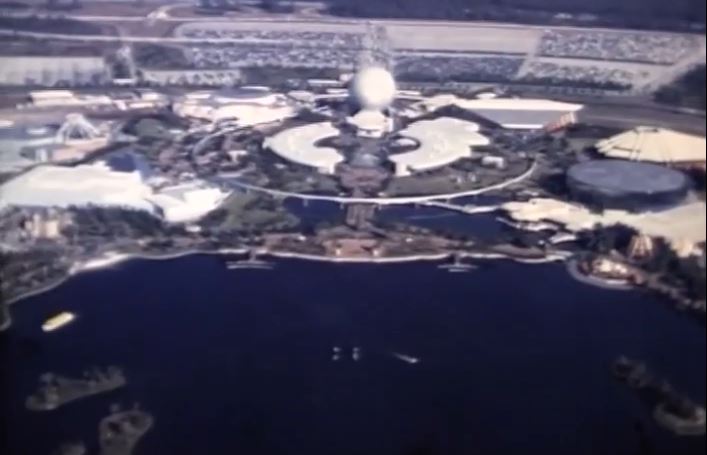 Change is inevitable. When it comes to Disney rides, change most often comes in the form of technical upgrades, rethemes, or even outright replacement (for better or worse). Unfortunately, the preservation of former ride experiences through video and other media is often neglected by Disney, but there are plenty of fans who have attempted to fill that void.

MartinsVids.net has some of the most definitive information on such rides available. His Ultimate Tribute videos are essentially documentaries that cover all aspects of a given attraction’s history, design, ride experience, etc. including ride-throughs pieced together from his best footage. Here are some of my favorites:

(If you couldn’t tell, I’m partial to EPCOT history)

Others have attempted to preserve rides’ legacies using different strategies. When they found out that HORIZONS was slated to close in the mid-90’s, fans of the ride Dave Ensign (aka “Hoot Gibson”) and Ed Barlow Jr. (aka “Thunder Chief”) began their effort to film and photograph as much of the ride as possible; even leaving their ride vehicles for extended periods of time, thanks to some expert timing. Their MesaVerdeVideos YouTube channel as well as the Mesa Verde Times blog are a collective gold mine.

Here vlogger Justin Scarred walks us through the old location of Mine Train Through Nature’s Wonderland (and the Big Thunder Ranch) at Disneyland, describing the ride experience in vivid detail with the help of old photos and animations:

Some have even used animation to recreate rides in their entirety, like in this approximation of Adventure Through Inner Space by Steve Wesson.

Taking this idea a step further, the fan-made Disney Ride Archive proposes an elaborate method of releasing virtual/augmented reality versions of rides via a Pokemon GO-esque game that would encourage players to visit Disney destinations all over the world.

While I’m not sure an idea as novel as virtual reality Disney rides should be distributed in such a way, the concept of recreating rides in VR is too good for Disney to pass up entirely. The medium is quickly gaining popularity, and it’s only a matter of time before it starts to rival major theme parks.

Bob Iger recently expressed disinterest in utilizing virtual reality in the parks, instead opting to use augmented reality in future attractions. This makes sense as VR is becoming a consumer product; why would you want to go to a theme park to do something you could do at home?

But Bob neglected to mention the potential of Disney rides on the home VR market. It’s understable why Disney wouldn’t want to port existing rides to home VR devices, as this could potentially decrease incentive for buyers to go to the theme parks. Again, why would you want to go to a theme park to do something you could do at home? But if exclusively extinct attractions were developed for such a platform, there would be no competition with their current ones and they could be preserved for posterity in the most definitive format since their days of operation.

Regardless of what Disney does or doesn’t do with its parks in the field of VR, extinct attractions or not, the fans are going to step in at some point. To get a glimpse of what the future has in store, if you have Google Cardboard or a similar device for your smartphone, open up this 360° video of the Tomorrowland Transit Authority (accompanied with its 1994 narration) in the YouTube app:

It will be interesting to see if Disney changes their tone on the subject in the future, and how they will deal with fan VR creations as the technology improves. At least the company does acknowledge fans’ appreciation for lost rides; it appears they have been incorporating elements from Mine Train Thru Nature’s Wonderland into the refurbished Disneyland Railroad so perhaps we’ll see more remakes from them in the future.

But for now, Martin’s Vids and others will have to do. What’s your favorite way to conjure up the Ghosts of Disney Rides Past?