Guardians of the Galaxy ride to feature rockin’ soundtrack 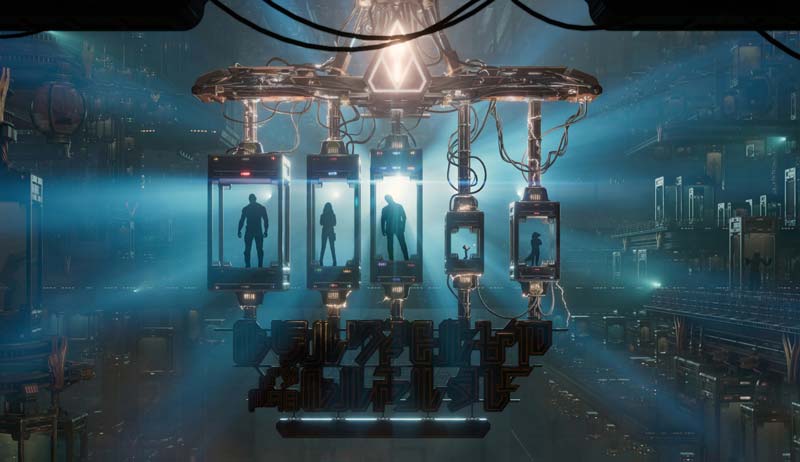 We’re learning a few big details about the adventures coming our way on Guardians of the Galaxy – Mission: BREAKOUT! at Disney California Adventure on May 27th. Disney has shared that the ride will have a musical soundtrack with six songs accompanying six randomized ride variations. The songs are all drawn from Star-lord’s awesome mix tape, which is featured in the movie soundtrack.

We’re also getting our first look at two interior scenes from the attraction. One looks like a clip from a film sequence (above) and the other a glimpse at how the queue has been re-themed from the old hotel theme. Each time you board this new attraction–a mission to rescue the Guardians of the Galaxy from a giant fortress–you will experience one of six randomized scenarios created by Disney Imagineers. Each ride profile utilizes the attraction’s hair-raising ascend-and-drop thrill, synchronized with a popular song from the ‘60s, ‘70s or early ‘80s.

Guardians of the Galaxy – Mission: BREAKOUT! launches guests into a chaotic and hilarious adventure filled with exhilarating visual and sound effects. They will assist Rocket, one of the most unusual heroes, as he leads the escape mission. An “awesome mix” of songs, inspired by the films’ soundtracks, adds to the epic action.

Each song accompanies a different version of the escape scenario, with a corresponding ride profile and visuals. Here’s a playlist with (assuming Youtube plays along) all the songs:

The multiple ride experiences are the result of extensive research, experimentation and ride testing by the creative team from Walt Disney Imagineering.

The Imagineering team worked from a list of nearly 100 fun, high-energy songs, winnowing the list to the final six as they boarded the attraction’s gantry lift, donned headsets, and played the different tracks to see which songs worked best with potential ride profiles.

“A strong identifiable back beat and a memorable hook were key points,” said John Dennis, executive creative director of music with Walt Disney Imagineering. “For example, ‘Free Ride’ has an iconic guitar hook to open the song, a killer bass line in the verse and, in the chorus, the backing vocals have this great ascending line. The rock ‘n’ roll music playing on board the ride is just plain fun. The songs, each paired with its own ride profile, give us six unique experiences.”

Previously: Exterior of Guardians of the Galaxy – Mission: BREAKOUT is revealed.