How Pandora – The World of Avatar will immerse guests, cast members in story 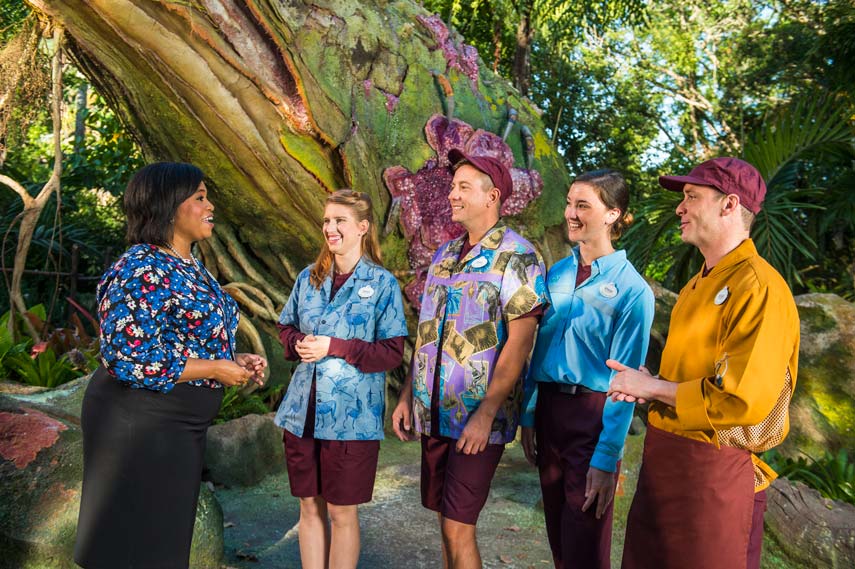 Walt Disney World invited local and online media out to Disney’s Animal Kingdom yesterday to talk abut the impact the new Pandora – the World of Avatar would have on jobs in central Florida. The new land has created over 800 construction jobs and will sustain over 700 operation positions including engineering, attraction hosts, food and beverage and leadership positions.

Walt Disney World continues a steady stream of growth as previous expansions add to how many employees they need and how many visitors come to the region.

At the event Disney showed off costumes for the new Pandora – the World of Avatar.

Disney is taking the storytelling involved in the land to a new level, that includes special nametags for the cast members. They’ll be immersed in the Na’vi storyline and instead of the iconic castle, it will feature the logo of Alpha Centauri Expeditions, the eco-tour group that has opened the valley to guests. It also lists ‘Earth’ in addition to their home town and state (or country). 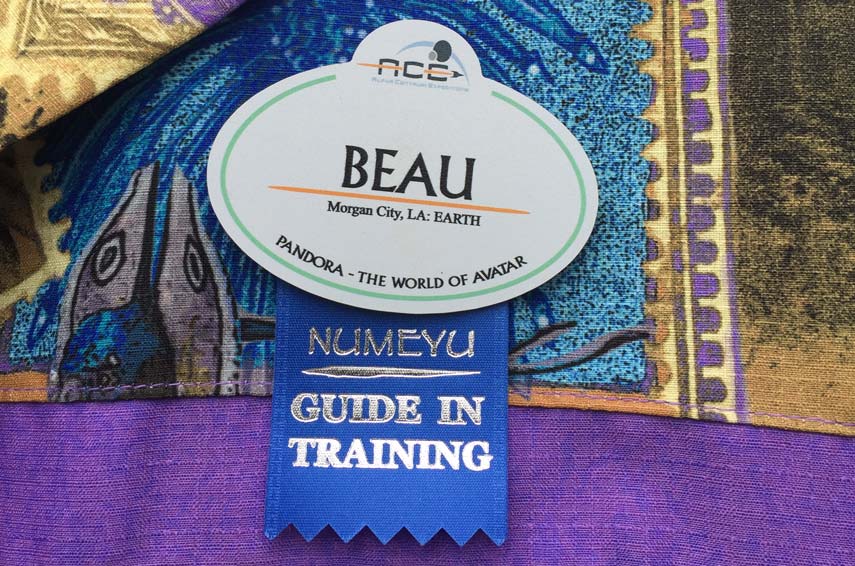 As part of their training cast members will learn about the Na’vi culture including their language, environment, and way of life.

“Anticipation is building among our Cast Members as wel get closer to the unveiling of Pandora – The World of Avatar. which is the most mesmerizing land Disney Parks has created to date,” said Djuan Rivers, vice president of Disney’s Animal Kingdom. “The attention to detail extends to the cast member experiences.” Ultimately the guest will benefit from a richer immersion in the story.

I’ll be curious to see how far Disney takes the immersion in the narrative in this new land. As always, I expect Disney’s Imagineers to have the details down-pat. The question for me is how long will it hold up when it encounters tens of thousands of guests on a daily basis.

Pandora – The World of Avatar will open to regular guests officially on May 27.